"Son Will Get Shaurya Chakra But I Am Sad": Rifleman Aurangzeb's Mother

Rifleman Aurangzeb was kidnapped and killed by terrorists in June this year. 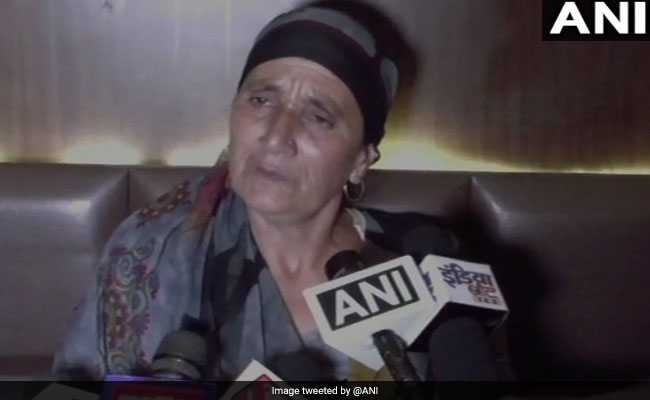 Rifleman Aurangzeb's mother said that his death has shattered her.

After the government announced the prestigious Shaurya Chakra for gallantry on the eve of 72nd Independence Day, mother of rifleman Aurangzeb said that she is happy that her son, but shattered at the same time.

"I am happy and thankful that he (Aurangzeb) is getting the Shaurya Chakra but I am sad that he is no longer there with us. His death has shattered me," said his mother.

Rifleman Aurangzeb, who belonged to the 44 Rashtriya Rifles, was on way back home on June 14 to celebrate Eid when terrorists kidnapped him.

Hours later, his bullet-riddled body was found at Gussu village, about 10 km from Kalampora, in Pulwama district. His killing triggered widespread outrage in Kashmir.

Following Aurangzeb's death, his family had made an emotional appeal to the Centre and the Jammu and Kashmir government to eliminate militancy from the state.

The official list of gallantry award winners was released by the defence ministry on the eve of the Independence Day. The CRPF will get the highest number of gallantry medals - 96. These include five Shaurya Chakras, the third-highest peacetime bravery award.

The CRPF was followed by the Jammu and Kashmir Police that was given 37 PMsG, Odisha Police (11), Border Security Force (10), Maharashtra Police (8), Chhattisgarh Police (6) among others.
A total of 942 state police and paramilitary personnel were decorated with various service medals on the eve of the 72nd Independence Day.