Mr Nadda said the introduction of the government schemes like Ayushman Bharat will bring a complete change to the poor. 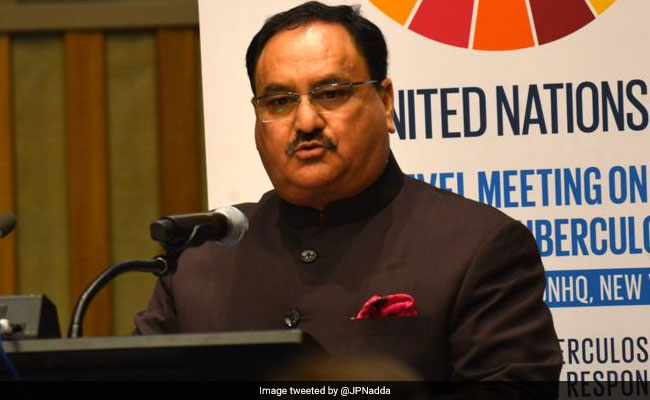 Union minister J P Nadda today said the health ministry is coming up with several AIIMS-like institutions and expanding the medical colleges'' network in the country.

Mr Nadda, the minister of Health and Family Welfare, was addressing the 35th convocation of the Post Graduate Institute of Medical Education & Research (PGIMER). Mr Nadda is also the president of the institute.

"We are coming up with various All India Institutes of Medical Sciences (AIIMS)-like institutions in several parts of the country. We are also expanding the network of our medical colleges in a big way by upgrading district hospitals to medical colleges," Mr Nadda said while sharing details about initiatives taken by the central government.

He said the introduction of the government schemes like Ayushman Bharat will bring a complete change in delivering health care services to the poor.

The Pradhan Mantri Jan Arogya Yojana Scheme (Ayushman Bharat ) has been implemented in PGIMER with effect from October 13, 2018, and approximately 177 patients have been treated under the scheme.

On this occasion, 1,886 students received degrees in different fields.

Besides, 92 silver medals and 95 bronze medals were also awarded to students from various specialties.