Monsoons have advanced in most parts of India. Rajasthan today received its first monsoon showers 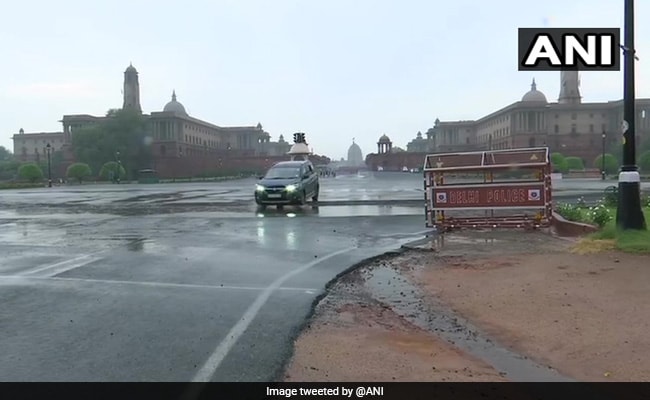 Places like Kangra and Mandi in Himachal Pradesh received sharp showers today. Palampur in Kangra received the highest rainfall of 110 mm rain in the last 24 hours. Baijnath, Dharamshala, Gaggal, Saharan and Nagrota received abundant rain. Shimla also saw a rainy day. The rainy spell will continue in the hill state till June 30, according to the met department.

A yellow warning for heavy rain, thunderstorm, lightning and gusty winds has been issued in Himachal Pradesh.

Rajasthan today received the first monsoon showers of the year. 12 districts of the state received rainfall today according to the IMD. The monsoon entered from Jaisalmer in the west and advanced to the east, an IMD official told news agency PTI. Barmer, Pali, Rajsamand, Chittorgarh, Dungarpur, Banswara, Jhalawar, Kota, Baran, Bundi, Bhilwara and some parts of Ajmer received monsoon showers today. Heavy rain is also expected in Udaipur, Bharatpur, Kota, Jaipur and Ajmer in the next 24 hours.

The meteorological department tweeted video showing the advancement of the monsoon so far and the weather forecast for the day.

Monsoon is active in the southern states too. There is heavy rainfall warning for Kerala and adjoining southern states tomorrow. The met department, in its long-range forecast, said monsoon will be normal with an average of 96 per cent to 104 per cent rainfall this year.