Monsoon 2020: Heavy Rain, Waterlogging At Many Places In Gujarat

Monsoon 2020 updates: The weather office has warned of heavy rain in parts of Gujarat and Rajasthan today and tomorrow 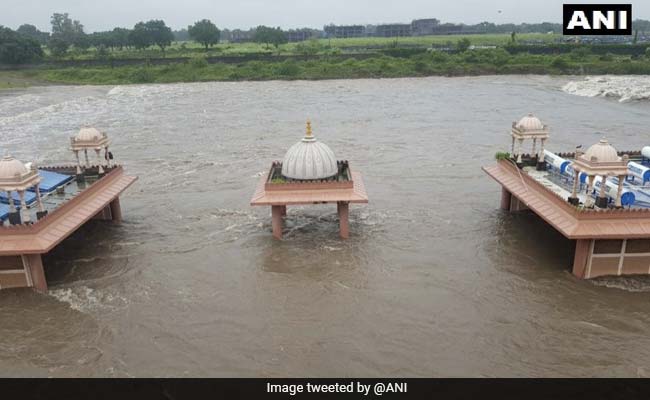 Monsoon 2020 news and updates: Incessant rain and waterlogging have disrupted normal life in several parts of Gujarat. There was flood-like situation in some places after 14 gates of Motisar Dam in Rajkot were opened on Monday to release water, following heavy rainfall in the area, officials said. The Triveni Thanga dam in Surendranagar was also overflowing today.

Severe waterlogging has been reported in several areas of Bhuj. The India Meteorological Department (IMD) has predicted extremely heavy rainfall over southwest Rajasthan and Gujarat.

"A low-pressure area lies over south Rajasthan and its neighbouring areas. It is very likely to move westwards across west Rajasthan during next two days and become less marked thereafter...," the IMD said, adding that the monsoon is "likely to remain active during next two-three days" in Gujarat and Rajasthan.

Heavy rain is very likely over east Rajasthan today and over west Rajasthan tomorrow and day-after. Saurashtra and Kutch in Gujarat are also likely to get heavy rain tomorrow, the weather office said.

The Central Water Commission has warned of "high risk of flash floods for next 12 hours over some areas of south Rajasthan and adjoining areas in Gujarat.

Heavy rain in Gujarat and RajasthanMonsoon 2020