The officials said they received an intelligence input about a male passenger who was arriving from Bangkok with live animals on flight number TG-337. 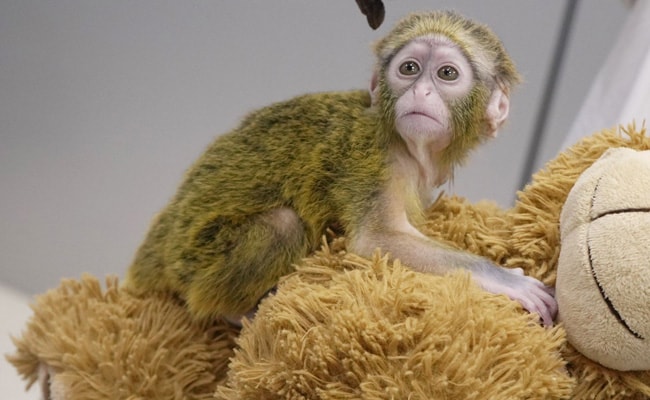 The Customs officers recovered one De Brazza's Monkey from the passenger.

A passenger illegally carrying live animals from Bangkok was intercepted at Chennai airport by customs officers, officials said on Saturday.

The officials said they received an intelligence input about a male passenger who was arriving from Bangkok with live animals on flight number TG-337.

The Customs officers intercepted the man and recovered one De Brazza's Monkey, 15 King Snakes, five Ball Pythons, and two Aldabra Tortoises from him.

The officials said the live animals were illegally imported and were deported back to the country of origin through Thai Airways after consultation with Animals Quarantine & Certification Services (AQCS).

De Brazza's monkey is a large primate, native to Africa. They were named after a Franco-Italian explorer Pierre Savorgnan de Brazza.

King Snakes are moderate-sized to large terrestrial snakes found from southeastern Canada to Ecuador. They are nonvenomous and have a diet that includes small mammals, birds, lizards, amphibians, etc. While Ball Pythons are the most popular snake species among those kept as pets. Every ball python has a unique pattern, like fingerprints on humans.

The Aldabra Tortoise is one of the world's largest land tortoises, they can reach up to 250 Kg and age up to 150 years old. They are found on Aldabra Island in the Indian Ocean.