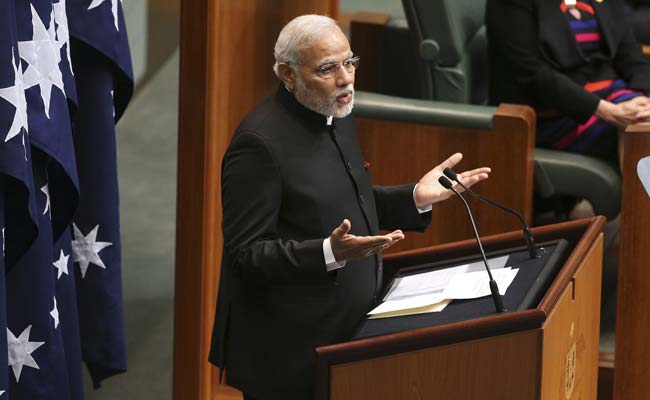 New Delhi: Prime Minister Narendra Modi, who is on a three-nation tour, has been described caustically as an "NRI" by one of his sharpest critics, Bihar politician Lalu Yadav.

"Narendra Modi is no more the country's prime minister. He is an NRI. He has bought some media who chant his name. Photographs are being taken of fake cleanliness drives. The media is portraying that Modi's popularity is booming abroad when there is trouble at our borders," Mr Yadav, the chief of the Rashtriya Janata Dal, said on Tuesday, adding to the litany of opposition barbs at the Prime Minister's foreign visits.

On Sunday, Congress leader Salman Khurshid had questioned the large crowds at PM Modi's events abroad and suggested that people were flown from India to cheer for him.

"It is easy to gather a crowd and give speeches. If you don't believe me, check flight tickets,"Mr Khurshid was quoted as saying by a news agency.

Mr Jaitley wrote, "If UPA leaders, during their days in Government, left the expatriate Indian population underwhelmed, is it to be presumed that this should be true for others? I can understand the plight of Salman and his party colleagues particularly when Prime Minister Narendra Modi gets a larger crowd in Sydney than what Salman's leader gets in India."

Mr Khurshid had referenced the Prime Minister's address to the Indian diaspora in Nay Pyi Taw three days ago and questioned how a crowd of 20,000 people gathered at the Myanmarese capital where streets are generally empty.

Promoted
Listen to the latest songs, only on JioSaavn.com
Mr Modi is in Melbourne where he today winds up a four-day visit before travelling to Fiji.

With this tour, he will have visited nine countries in six foreign trips since taking charge in May. Reports suggest the tours amount to around 30 days abroad in six months, more than any other prime minister, a fact that the opposition has used to target Mr Modi.