Amit Shah was speaking at the inauguration of the NorthEast Handloom and Handicraft Exhibition, organised by the North East Council, in the Mizoram capital. 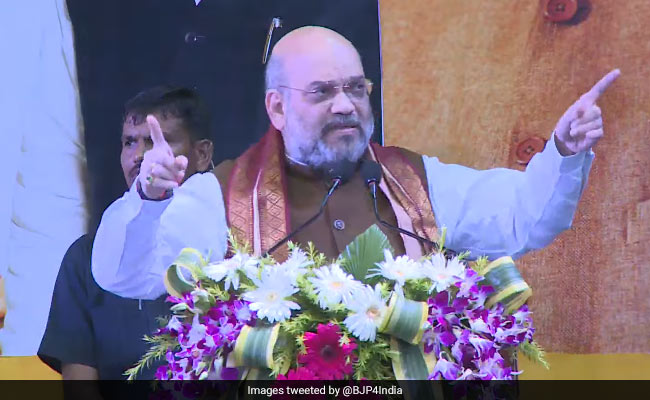 Amit Shah was speaking at the inauguration of the North East Handloom and Handicraft Exhibition.

Union Home Minister Amit Shah on Saturday said the BJP-led government at the Centre has doubled the developmental projects in Mizoram than what the UPA had done.

Mr Shah was speaking at the inauguration of the North East Handloom and Handicraft Exhibition, organised by the North East Council, in the Mizoram capital. Speaking on the occasion, he said that the state has great potential in bamboo cultivation and its residents can become self-sufficient through the manufacture and sale of handicraft items.

Mr Shah, also the NEC chairman, assured Chief Minister Zoramthanga of working towards the development of the state. Mr Zoramthanga expressed hope that with assistance from the Centre, Mizoram, that has a high potential for growth, will have the highest Gross State Domestic Product (GSDP) in the country.

After inaugurating the exhibition, Mr Shah is scheduled to meet Mr Zoramthanga and then speak with leaders of the NGO Coordination Committee on the Citizenship Amendment Bill (CAB).