The SIT, in its status report filed before the Supreme Court, said that investigation has been completed and charge sheet filed in the murder case. 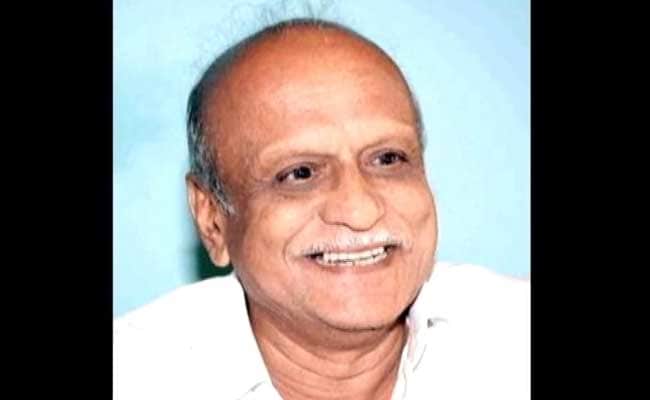 MM Kalburgi was murdered outside his Dharwad home on August 30, 2015.

Two of the main accused in the murder of rationalist MM Kalburgi are missing and cannot be traced, a Special Investigation Team (SIT) told the Supreme Court on Friday in its status report.

MM Kalburgi, the former vice-chancellor of Hampi University and an epigraphist, was shot dead at his residence in Kalyan Nagar in Dharwad, Karnataka, on August 30, 2015. Born in 1938, he was a Sahitya Akademi award-winning writer of old Kannada literature.

The SIT, in its status report filed before a bench of Justices RF Nariman and S Ravindra Bhat, said that investigation has been completed and charge sheet filed in the murder case.

"We have gone through the status report filed by the SIT. It says that two of the main accused have been absconding and cannot be traced. They also say that a charge sheet has been filed in the case and matter has been remitted to a Sessions Court for trial," the bench said.

As the Karnataka High Court is monitoring the case, nothing survives in the petition filed by MM Kalburgi's wife Umadevi and disposed of her plea, it said.

Ms Umadevi moved the court in 2017 for a probe by a National Investigation Agency (NIA) or Central Bureau of Investigation (CBI) claiming that no substantial probe has been carried out so far in the murder case by the state police.

She alleged that there was a common link between the murder of her husband and that of rationalist Narendra Dabholkar and social activist Govind Pansare, and hence the probe should be done by a Central agency.

On February 26 last year, the top court transferred the probe into the killing of Kalburgi to the SIT, already investigating the murder case of journalist-activist Gauri Lankesh after Karnataka government said there were common links in the two cases.

The state Crime Investigation Department was earlier probing Kalburgi''s killing and a SIT was investigating the murder of Lankesh in September 2017, in Bengaluru.

The court had asked the Dharwad bench of the Karnataka High Court to monitor the SIT investigation into Mr Kalburgi's killing.

It had said that if killings of Mr Kalburgi, Ms Lankesh, Mr Pansare and rationalist Dabholkar are linked, it should be probed by one agency and monitored by one high court.

Maharashtra SIT was probing the killing of Mr Pansare in 2015 and CBI has been investigating the murder of Mr Dabholkar on August 20, 2013.

The court, which had earlier termed the plea "very serious case" had initially favoured a CBI probe into the murders of Kalburgi, Pansare and Lankesh, if there was any "common thread" in these incidents. The killings of all these three activists happened within a period of five years.

Karnataka police had earlier in its status report told the top court that there appears to be an "intimate connection" between the killings of MM Kalburgi in 2015 and Gauri Lankesh in 2017.

The court had observed that one probe agency should investigate all the four cases if prima facie it appears that there is a "common thread" in the murders.

The top court had earlier pulled up Karnataka government for "doing nothing and just fooling around" with the investigation and indicated it may transfer the case to the Bombay High Court.

The court on January 10, 2018 had sought responses of probe agencies NIA and CBI and the state governments of Maharashtra and Karnataka on the allegation of Umadevi.