Home Minister Lalchamliana was present at the function in which four German shepherds and four Labrador Retrievers were inducted into the force. 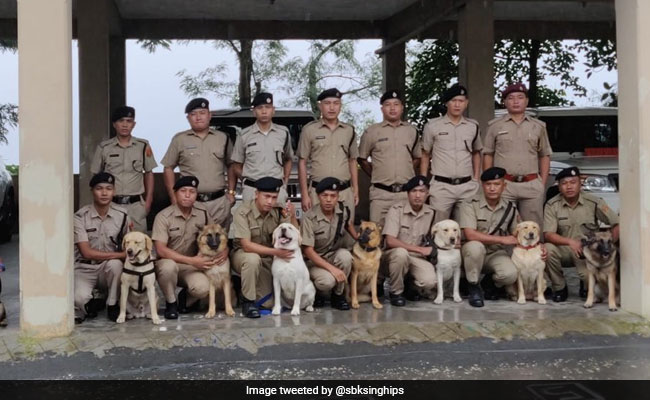 The newly inducted canines showcased their skills at the function

The Mizoram government on Tuesday inducted eight dogs into the state police for anti-crime, anti-drug and search and rescue operations, officials said.

Home Minister Lalchamliana was present at the function in which four German shepherds and four Labrador Retrievers were inducted into the force.

The authorities revived the dog squad which was formed around 20 years ago but did not have a member for the past few years.

"It is a great achievement for the state police to induct a good canine squad after a generation and I hope the dog police will comfort the people," Mr Lalchamliana said on the occasion.

The home minister said that three of the eight dogs are trained in tracking and detection of criminals while three others are sniffer dogs skilled in finding drugs.

One dog is trained to detect explosive materials and another will be used in search and rescue operations, he said.

Mr Lalchamliana said that on several occasions, the police have faced impediments and inconveniences in tracking criminals and in anti-drug operations due to absence of a canine squad.

He thanked the centre for providing financial assistance to the state for purchasing the dogs and covering the cost of their training.

The newly inducted canines, trained at the National Training Centre for Dogs in Gwalior, showcased their skills at the function.