AIIMS Fire: The fire was brought under control in an hour. No injuries were reported in the incident. 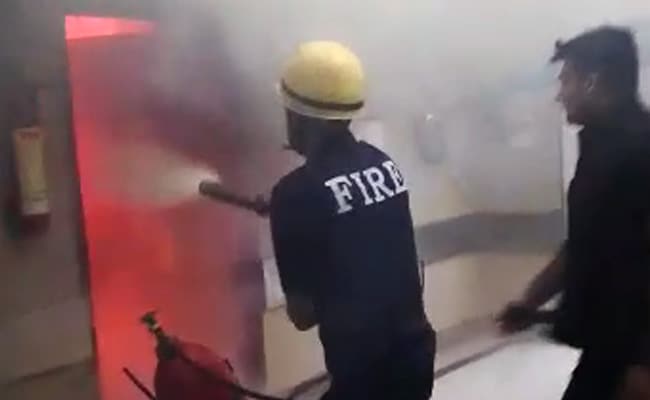 AIIMS Fire: The cause of the fire is not known yet

A minor fire was reported at the main emergency ward of the All India Institute of Medical Sciences (AIIMS) in Delhi in the early hours of today. No injuries were reported in the incident.

Firefighters and other first responders hurried onto the scene.

The fire, which began at 5 am today, was brought under control in an hour, said the Delhi Fire Department. All the patients were safely evacuated from the affected areas.

"Sparking and smoke seen in a dummy room of AIIMS hospital near the casualty area. All patients were evacuated from the affected area. Seven fire brigade vehicles reached the spot and extinguished the fire. The situation is now normal and under control and there is neither any casualty nor any injury to any person, DCP South Atul Thakur was quoted as saying by news agency ANI.

The cause of the fire, which also spread to the education room area of the premier institute, is not known yet. Investigation is underway to find the cause of fire, said officials.

A week ago, a fire broke out at the ninth floor in the Convergence Block, which houses diagnostic laboratories and examination sections, of the hospital. No injuries were reported and the floor was vacated in time.

Sources at the time said the fire was caused by a short circuit in a refrigerator on the ninth floor.