22 Fire Engines At AIIMS Delhi After Fire On 9th Floor, Everyone Rescued

The fire broke out in the Convergence Block of the hospital, which primarily houses various diagnostic laboratories and examination sections. 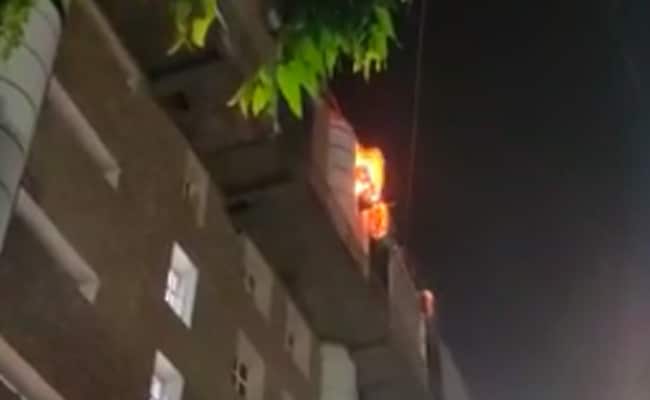 Twenty-two fire engines were rushed to the All India Institute of Medical Sciences (AIIMS), Delhi, after a fire broke out at the ninth floor of the hospital late last night. The site of the fire does not house patients.

No injuries were reported and the floor was vacated in time. The fire department said they received an alert from the hospital at 10.32 pm on Wednesday.

The fire broke out in the Convergence Block of the hospital, which primarily houses various diagnostic laboratories and examination sections.

Sources said that as per preliminary information, the fire was caused by a short circuit in a refrigerator on the ninth floor.

The Delhi fire department informed around midnight that the blaze had been brought under control.