The frequency of trains will be regulated to avoid crowding at stations and in trains. 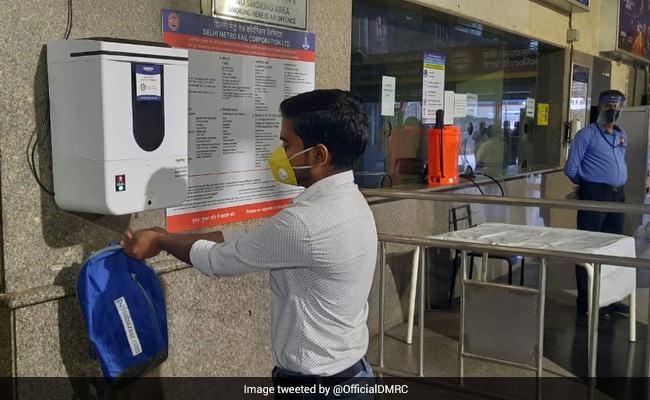 Metro services have resumed in select cities of the country today, with protective measures against the coronavirus. Only asymptomatic people are allowed to board trains and stations at containment zones will stay shut.

Use of cash transactions and tokens will be discouraged. The frequency of trains will be regulated to avoid crowding at stations and in trains. The passengers have been asked to download the Aarogya Setu app on their smartphones and will undergo thermal checks at stations.

Here are the updates on Metro services resuming across India:

Sep 07, 2020 18:04 (IST)
Delhi Metro restarts with nearly 7,500 passengers in first shift
Approximately 7,500 passengers availed the services of Delhi Metro which resumed its operations on Monday in a calibrated manner, after 169 days of shutdown due to coronavirus, according to a statement by the Delhi Metro Rail Corporation (DMRC).
In phase 1, metro services resumed on Yellow Line connecting Samaypur Badli to Huda City Centre and Rapid Metro in Gurugram from 7 am to 11 am. The second shift begins from 4 pm to 8 pm, ANI reported.
Sep 07, 2020 17:46 (IST)
Deserted platforms, closed eateries as Delhi Metro resumes services
Platforms and key hub stations, including Rajiv Chowk, wore a deserted look, eateries remained closed and the ambience far removed from the usual hustle-and-bustle as the Delhi metro services resumed on Monday after a 169-day hiatus triggered by the COVID-19 epidemic.
Station employees frequently sanitised areas of the metro station and ensured social distancing norms, even as very few commuters opted for the metro services on the first day.
Sep 07, 2020 17:19 (IST)
Colour-Coded E-Pass System To Ensure Maximum 400 Passengers Board A Metro Train
A colour-coded e-pass system using a mobile phone has been developed by a technology solutions company in Kolkata for ensuring that a maximum of 400 passengers board a Metro Railway train in the city to maintain COVID-19 health safety protocol after it resumes service.
Sep 07, 2020 16:40 (IST)
Metro Rail, long distance trains; bus services resume in Tamil Nadu
After a five-month plus hiatus, the Chennai Metro Rail services and long distance buses linking various districts in Tamil Nadu recommenced operations on Monday.
Similarly, trains within the state also resumed services after a break of about two months, PTI reported.
Sep 07, 2020 11:39 (IST)
Happy to see commuters confident about travelling in Delhi Metro, says DMRC director
Director Operations, Delhi Metro Rail Corporation (DMRC), AK Garg on Monday expressed happiness over the resumption of metro services in the national capital and seeing passengers traveling confidently amid the COVID-19 crisis.
"I travelled from Malviya Nagar to Rajiv Chowk, today. I am happy to see that the passengers are confident about travelling in Delhi Metro. We have made all arrangements to make travel safe for the commuters," said Mr Garg.
Sep 07, 2020 10:06 (IST)

Kerala: Services of Kochi Metro resume with #COVID19 protocols in place as part of #Unlock4 guidelines.

In the first phase, metro trains will run at intervals of 20 minutes from 7 am to 8 pm. pic.twitter.com/DeWP2jgDKd 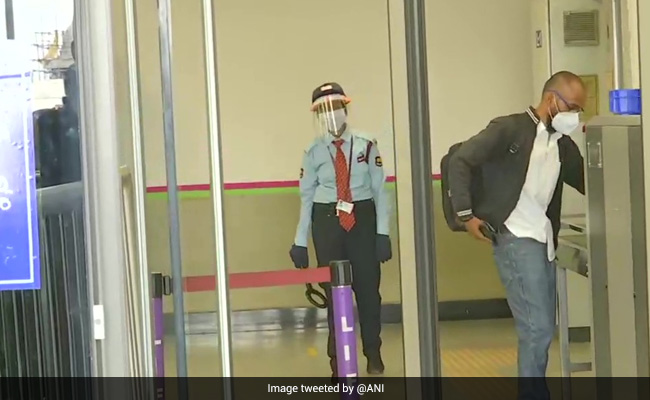 Bengaluru's Namma Metro on Monday resumed its service with Purple Line as part of Unlock 4. Trains will operate between 8 am to 11 am and 4:30 pm to 7:30 pm with a frequency of five minutes.
The first metro trains departed from Bayyappana Halli metro station to Mysore Road at 9 am today. The last train will depart from these stations at 11 am.
Sep 07, 2020 09:07 (IST)
Frequency of Hyderabad Metro trains will be around 5 minutes
Hyderabad Metro has also resumed operations after five months. The line operating from LB Nagar to Miyapur has been opened today with protective measures against the coronavirus.
Here are some of the measures taken by Hyderabad Metro:
Sep 07, 2020 09:01 (IST)

A few happy faces from our first journey after more than 5 months. 😀#MetroBackOnTrackpic.twitter.com/mIuVK9wHGp

Sep 07, 2020 08:53 (IST)
Metro Reopening Live Updates: Delhi Metro will operate Yellow Line today
The Delhi metro, which has the most extensive network, has deployed 1,000 extra staff across the network to assist passengers. The Delhi Metro will operate the Yellow Line, which runs from Samaypur Badli in North Delhi to the HUDA City Centre in Haryana's Gurugram, which is adjacent to the national capital. The next five days will see a staggered resumption of service in other lines.
Sep 07, 2020 08:45 (IST)
Metro Reopening Live Updates: Cash transactions and tokens will be discouraged at metro stations
Under the guidelines, the authorities have decided to discourage cash transactions and tokens. The frequency of trains will be regulated to avoid crowding at stations and in trains.
Sep 07, 2020 08:40 (IST)

Trains will operate between 8-11 am and 4:30-7:30 pm with a frequency of five minutes pic.twitter.com/4jc4ihwnqi

Sep 07, 2020 08:40 (IST)
The metro authorities of Delhi, Noida, Chennai, Kochi, Bengaluru, Mumbai Line-1, Jaipur, Hyderabad, Maha Metro (Nagpur), Kolkata, Gujarat and Uttar Pradesh have prepared their standard operating procedures. Maharashtra will not be resuming metro operation this month.
Sep 07, 2020 08:40 (IST)
Metro services have resumed in select cities of the country today, with protective measures against the coronavirus. Only asymptomatic people are allowed to board trains and stations at containment zones will stay shut.