For Indian women, Twitter and Facebook offer a safe space to narrate their stories, and the naming and shaming has been loudest on social media. This contrasts with the US, where the initial bombshell accusations were first published in well-respected, national publications. 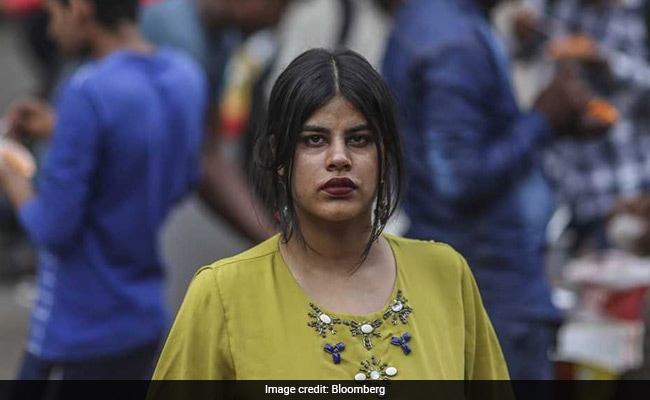 Mahima Kukreja, a writer with an advertising firm, said she'd suffered panic attacks due to the stress.

It was a seemingly harmless tweet that enraged Mahima Kukreja and put the 28-year-old on the frontline of India's #MeToo firestorm.

The advertising professional was on her way to work Oct. 4 when she saw a message from popular comedian Utsav Chakraborty, who has a television show and nearly 50,000 Twitter followers, about a recent incident of Indian men behaving badly on a cruise ship in Australia, which he said was an "embarrassment" to fellow citizens. Wasn't this the same person who'd sent her an unsolicited photograph of a penis two years ago?

"I was like, 'this is a man standing on some moral high ground after harassing me," Ms Kukreja recalled during an interview at a Mumbai cafe. "At that moment, I wasn't thinking of consequences. I thought: 'This is it. I'm just going to come out with my story."

She replied to his tweet with her allegations. Mr Chakraborty issued a public apology within hours, in which he admitted to sending such photographs to several women and blamed it on a haze of painkillers to control a chronic illness. He couldn't immediately comment when reached directly.

Soon a wave of messages hit Ms Kukreja's inbox. Many were expressing sympathy and solidarity, but others were from women requesting her to voice their own experiences of harassment and assault with various men they'd met at and outside the workplace.

Sifting through these notes and publishing some of them on Twitter has since become a full-time job for Ms Kukreja and a few other women. They are pouring in from across a country where casual harassment of women in homes, on streets and public transport, and in the office, are as common as the expectation that victims will stay silent. 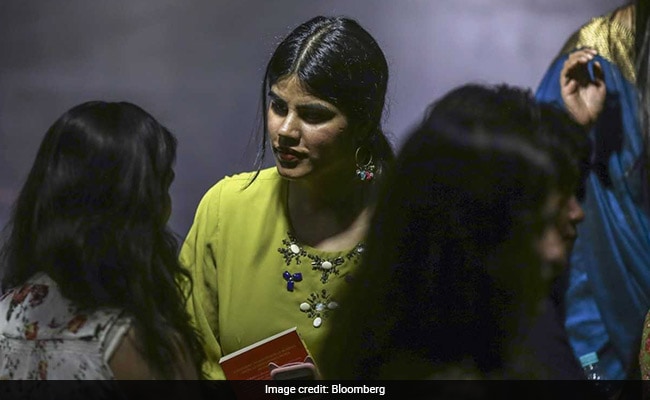 Mahima Kukreja and a handful of like-minded women are now the gatekeepers of the #Metoo movement.

Life on the frontlines of India's #MeToo is different from the movement that swept the US. While America was more focused on workplace harassment, India's campaign has taken on a more diffuse character. Here, a small group of women are effectively gatekeepers for allegations -- shared over social media, sometimes anonymously -- that range from inappropriate touching in public spaces and misconduct in personal relationships, to predatory behavior by men in power.

In the year since the #MeToo movement took hold in the US, allegations of sexual harassment brought low more than 400 men, the majority of them Americans. While sister protests popped up in Sweden, Japan and elsewhere, nothing seemed to stick until now in India. However, over the past three weeks, dozens of Indian men have been named for allegedly violating consent.

Several top journalists have stepped down in its wake, as have executives at local units of Dentsu Aegis and Fox Star Studios, while the Indian owner of Jaguar Land Rover put an employee on leave pending investigation. Chakraborty's TV show was canceled. A production house that partnered with Netflix Inc. has been dissolved and last week a cabinet minister, M.J. Akbar, resigned after more than a dozen women, including a Bloomberg journalist based in London, issued public statements against him.

The women allege that Mr Akbar sexually harassed them or engaged in other inappropriate behavior decades ago during his time as an editor of several Indian publications. He has denied the allegations and filed a defamation suit against one accuser.

For Indian women, Twitter and Facebook offer a safe space to narrate their stories, and the naming and shaming has been loudest on social media. This contrasts with the US, where the initial bombshell accusations were first published in well-respected, national publications.

"The freedom of the press, protected by the First Amendment to the US Constitution, makes it possible for investigative journalists to publish stories on #MeToo," said Alka Kurian, a professor at the University of Washington, who studies feminist politics in South Asia. In developing countries, "state censorship laws, threats to job or even life, cultural taboos, or a broken justice system, hamper investigative journalism. In such a situation, social media has played a powerful role."

A GoogleTrends visualization of hotspots for #MeToo searches around the world shows India's landmass alight with sparkling gold dots that represent unusually high reader interest. After initially being dominated by global metropolises, the top five most active urban centers where people searched for the term over the past week have been a rotating constellation of smaller Indian cities. 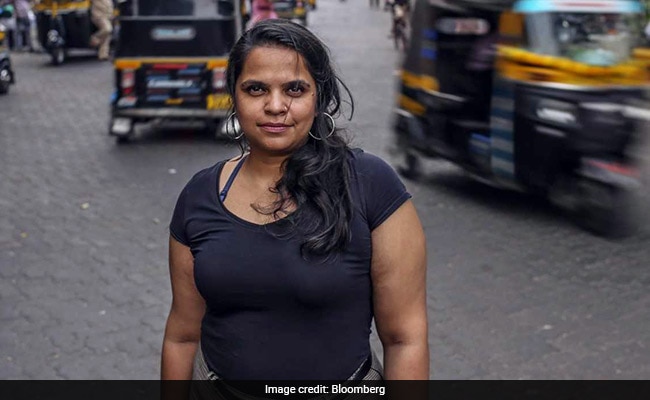 Sandhya Menon, a freelancer, hasn't been able to concentrate on projects and isn't sure of her next paycheck.

About 1,000 kilometers away from Mumbai, in the southern city of Bengaluru, freelance journalist Sandhya Menon was following the Twitter exchange between Ms Kukreja and the comedian. The Brett Kavanaugh hearing -- about allegations of a sexual assault against the then US Supreme Court nominee -- was fresh in her mind and the 39-year-old had been thinking about how she had ignored instances of harassment in her career.

"That's when I put out those tweets," Ms Menon said, referring to a series of messages about three prominent male journalists, which contained accusations including inappropriate touching, some of which while they worked together. "Something snapped."

Ms Menon, Ms Kukreja and a handful of like-minded women are now the gatekeepers of the movement, listening to the allegations, drawing out stories, determining if the victims want to go public, and debating on the best way to do it.

The backlash has already begun. Former minister Mr Akbar, the most high-profile man to be accused in the campaign, in a statement earlier this month called the allegations "false and fabricated, spiced up by innuendo and malice." The criminal defamation case he filed can carry a penalty of as much as two years in jail, another key difference from the US where such laws are more defendant-friendly.

"The danger is the case will prevent individuals from speaking out," said Indira Jaising, an advocate in India's Supreme Court who has been publicly supportive of #MeToo. "It's going to be a major test for the Indian legal system."

Mr Akbar's case was admitted into court on Thursday and a hearing is scheduled for Oct. 31. Conscious of repercussions, Ms Menon and Ms Kukreja are stepping up due diligence, ensuring they know the identity of accusers contacting them, and pressing for details that would back up accusations. Ms Menon says she's wary of fueling a trial-by-Twitter, as emotions run high. 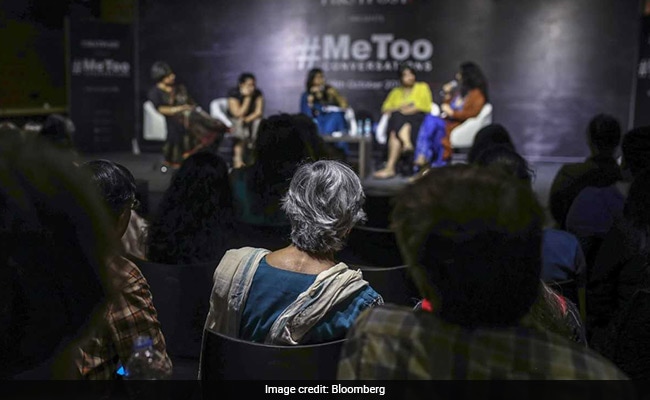 Life on the frontlines of India's #MeToo is different from the movement that swept the US.

Both say the situation is taking a toll on their lives. Ms Menon, a freelancer, hasn't been able to concentrate on projects and isn't sure of her next paycheck. Ms Kukreja, a writer with an advertising firm, said she'd suffered panic attacks due to the stress but her employer has been supportive, by allowing her breaks and easing out deadlines.

The campaign is creating ripples offline too. Ms Kukreja recalls speaking with a small-town girl, who said the #MeToo movement has emboldened her to talk to her father about being abused by his friend. Lawyer Devika Singh is seeing increasing instances of companies reviewing past practices and tightening compliance with India's sexual harassment laws. The National Commission For Women on Friday set up a dedicated email to receive such complaints.

India's #MeToo champions are now urging women to combine the high visibility of the campaign with potentially "agonizing" but legally empowered routes for recourse such as the NCW and filing police reports. That's one way to fix formal processes, which are broken and often in favor of powerful men, they say.

"We should continue to amplify these voices on social media and at the same time continue to file written complaints," Ms Menon said. "If more women go through due process, this movement will get more traction."