Maharashtra Villagers Risk Lives For 'A Bucket Of Water'

In the peak of summer, the parched residents of the village in Melghat district are facing a severe water crisis. According to the villagers, they are 'risking their lives for a bucket of water'. 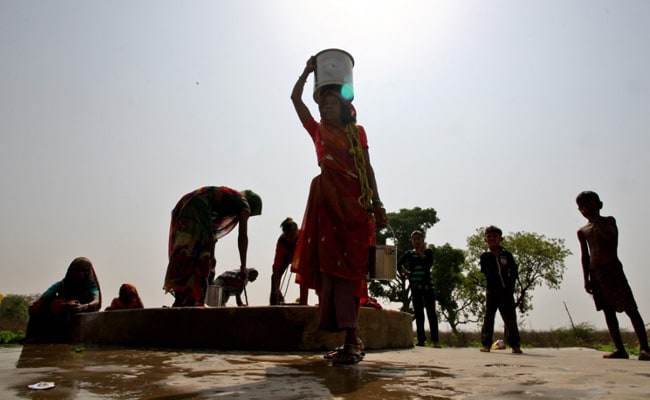 Maharashtra: Rohile village in Nashik is facing a scarcity of water. (Representational)

A group of villagers in Maharashtra's Khadial village hurling their plastic and metal cans, buckets and bottles strung with ropes down a deep well to fetch water is now a common sight. In the peak of summer, the parched residents of the village in Melghat district are facing a severe water crisis.

According to the villagers, they are 'risking their lives for a bucket of water'.

Speaking to news agency ANI, a villager said, "There are only two wells in the village which have almost dried up. A village of 1,500 people is dependent on 2-3 tankers for water every day."

With the onset of summer, water scarcity has been reported from different parts of the country, including Maharashtra.

"Water is supplied to the village through two tankers that pour water into dry wells. People risk their lives to draw water from wells. Diseases are increasing after drinking dirty water," said another villager.

According to the villagers, the condition of the road is also bad. "If a person gets sick, there is no road to take them to the hospital," added a villager.

Last week, ANI got reports of water scarcity from a village in Nashik. In Chichlekhaire village in Igatpuri, Nashik, women travel arduous three km-long treks to fetch water. People in the village are forced to fetch muddy water by going down into a deep well, where the water level has plummeted below the base of the well.

Rohile village in Nashik is also facing the scarcity of water and women from the village have put their lives at stake to fetch drinking water, as they step into the well to fetch water.