Ms Mufti's mother, Mehbooba Mufti, along with former CMs Omar Abdullah and Farooq Abdullah, have been under detention since August 5 last year, 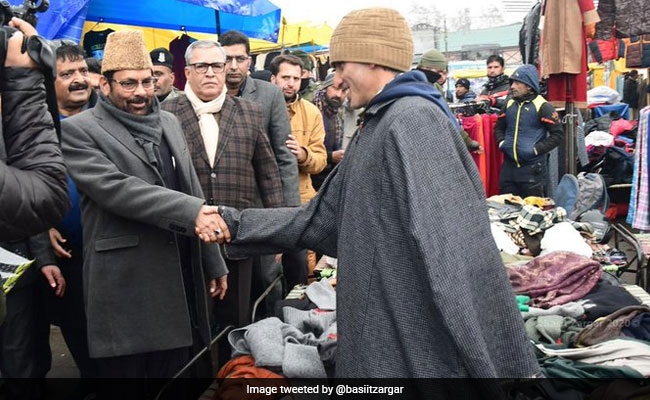 Iltija Mufti, the daughter of detained former Jammu and Kashmir Chief Minister Mehbooba Mufti, has termed the week-long ministerial visits to the union territory as "normalcy acrobatics", and said the centre's "outreach" was nothing but the ruling BJP's "concern for vote bank politics". Her sharp attack comes as Union Minister Mukhtar Abbas Naqvi visited Srinagar today and interacted with locals.

Ms Mufti's mother, along with former CMs Omar Abdullah and Farooq Abdullah, have been under detention since August 5 last year, when the centre announced in parliament its mega decisions - scrapping special status to Jammu and Kashmir and bifurcating the state into two union territories.

"With 52 visits planned for Jammu and 7 for Kashmir GOIs (Government of India's) 'outreach' should be viewed through the prism of BJP's sole concern of vote bank politics and desperation to ensure it doesn't lose its grip on Jammu. Article 370, Ayodhya verdict and CAB (Citizenship Amendment Bill) were decisions that only serve the BJP's interest," she added.

The centre over the months has released some political detainees; but Mehbooba Mufti, Omar Abdullah and Farooq Abdullah are still in detention.

The centre says normalcy has returned to the union territory. Earlier this month, envoys of several countries, including the US, undertook a two-day visit to Jammu and Kashmir. The envoys from the European Union didn't agree to be part of the delegation as they did not want a "guided tour", sources from Europe had told NDTV.

A team of central ministers, including Smriti Irani and Piyush Goyal, is visiting Kashmir to spread "awareness" about the merits of the centre's decision to revoke Article 370.