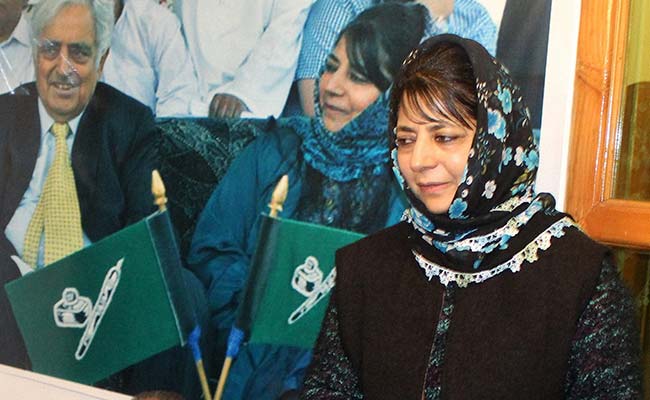 Mehbooba Mufti has also been nominated by PDP MLAs as the leader in the state legislature. (PTI Photo)

Srinagar: Mehbooba Mufti is set to become the first woman Chief Minister of Jammu and Kashmir. Her party, the PDP, formally elected her its chief ministerial candidate at a meeting today.

Earlier this week, Ms Mufti's protracted impasse with the BJP ended when she met Prime Minister Narendra Modi in Delhi.

Ms Mufti's father, Mufti Mohammed Sayeed, died in January as Chief Minister of a coalition government that included the BJP. After his death, Ms Mufti refused to take over, insisting that fundamental terms of the agreement of the alliance were being ignored by the BJP, which denied the charges.

"Thank you for choosing me as the leader of PDP legislature party. You all are my strength," Ms Mufti told her party's legislators today. 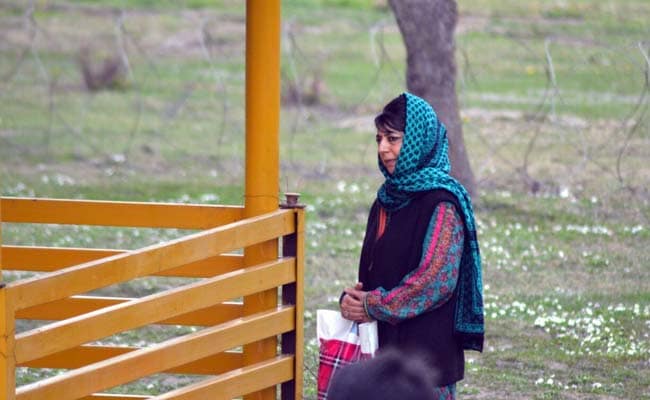 Mehbooba Mufti visited her father's grave before the crucial meet on Thursday.

Jammu and Kashmir is currently under Governor's rule. Ms Mufti's party and the BJP will have to take a trust vote in the state legislature; with their combined strength, a victory is certain.

When the PDP won the election in Jammu and Kashmir in December 2014, it formed what was seen as an unlikely partnership to govern the state. Mr Sayeed himself described the combination as a meeting of "the North and South Pole".

As a blueprint for their agreement, the parties signed off on an Agenda of Alliance, which Ms Mufti has described as "sacred". Included were issues on which both parties have largely irreconcilable opinions - like a review of AFSPA which gives the army the power to arrest people without warrants, a huge point of contention in the Valley. In recent weeks, her party had suggested that the BJP was not coming through on commitments required of the union government - including giving the state more control of large power projects at a time when electricity outages have created public resentment.

The BJP for its part has said that it will accept no new conditions laid down by Ms Mufti - a point stressed by Ram Madhav, who handled extensive negotiations with Ms Mufti.

For the 56-year-old, the real challenge lies in keeping together a section of her party that is opposed to an alliance with the BJP. Ms Mufti is known to take a more pro-Kashmiri stance than her father on most contentious issues; at the time of his death, his popularity within his supporters was seen as significantly depleted. The public turnout at his funeral was not as large as expected. His critics within the party say their support among Muslim voters is ebbing because of the BJP partnership.