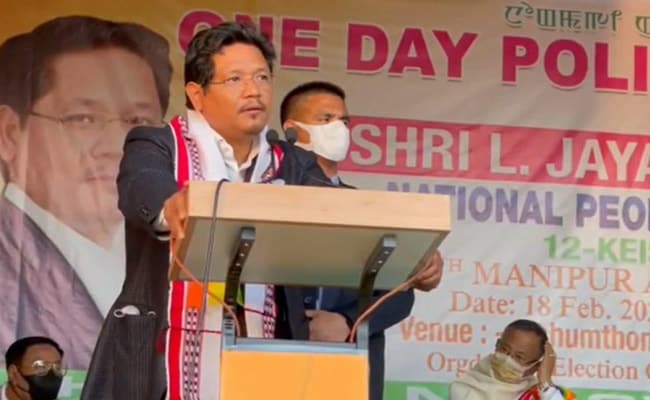 Meghalaya government has announced that it will set up more border outposts in all the sensitive areas of the state, bordering Assam. The government has also decided to lift the week-long ban on internet connectivity in the state.

A minute's silence was observed at the meeting as a mark of respect towards those killed in Assam Police firing in Meghalaya's Mukroh village on November 22.

After four days of peace in Meghalaya, the calm was disrupted by a petrol bomb attack in Mawbah, west Shillong, late on Monday night.

Footage from CCTV cameras showed two young men entering the locality and lobbing a bomb on the residence of Paritosh Das at Bengali Para in Shillong.

Speaking to reporters, Mr Sangma assured that the Meghalaya Democratic Alliance (MDA) government was taking all necessary steps to ensure the safety and security of residents in the border areas of the state. He said the government had also constituted a judicial enquiry, headed by Justice T Vaiphei.

Violence had broken out on the Assam-Meghalaya border in the early hours of last Tuesday after a truck, allegedly laden with illegally-felled timber, was intercepted by forest guards from Assam.

Six people, including a forest guard, were gunned down amid the clashes. Meghalaya complained that Assam Police and forest guards had "entered the state and resorted to unprovoked firing".

Assam officials, however, asserted that the truck was intercepted in the West Karbi Anglong district of the state by a Forest Department team and a mob from Meghalaya attacked the forest guards and policemen from Assam, who, in a bid to bring the situation under control, opened fire.

Mr Sangma said restrictions on mobile internet and data services, imposed after last week's violence in which five people from Meghalaya were killed, will also be lifted. "Movement of vehicles has been allowed under police patrol," the Chief Minister added. Earlier, vehicles bearing Assam number plates were not being allowed into Meghalaya for fear of reprisals.

Meanwhile, opposition Trinamool Congress (TMC) said the state government has lost its moral authority and there should either be a new government or President's Rule should be imposed on Meghalaya.

Speaking to reporters after the all-party meeting, TMC leader and Opposition Chief Whip in the Meghalaya Assembly, George B Lyngdoh, said: "The Government has failed to act on the Mukroh incident, despite being alerted by the people about the highhandedness of Assam."

TMC has alleged that it was Assam Chief Minister Himanta Biswa Sarma who had helped establish the current government in Meghalaya in 2018. Perhaps out of fear that the Assam CM may bring down the government, the current dispensation in Meghalaya has always taken a soft line in dealing with Assam, TMC claimed.

Mr Lyngdoh added: "Instead of ensuring speedy justice for the victims, the MDA government pleaded with Delhi and Guwahati for help. We deplore their callousness."