Thomas A Sangma is the ruling party's MLA from the North Tura constituency and is also the political advisor to Chief Minister Conrad Sangma. 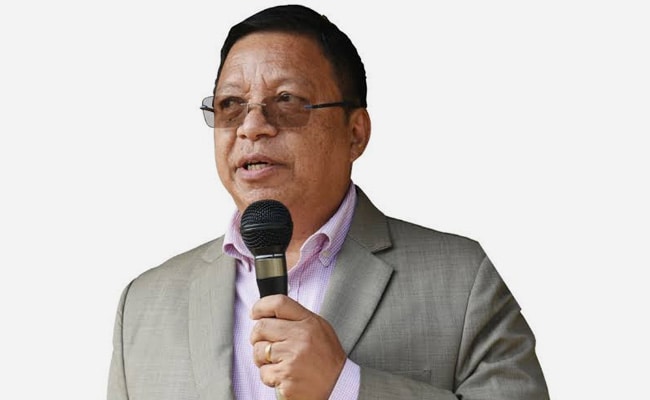 A woman has lodged a police complaint, accusing the MLA of raping her on several occasions.

Meghalaya Chief Minister Conrad K Sangma has said the state government will ensure proper investigation into the allegations of rape against Thomas A Sangma, MLA from the ruling National People's Party (NPP) and advisor to the Chief Minister.

Responding to queries from the media at state capital Shillong today, the Chief Minister said whatever has happened has happened at a personal level and the only thing that can be done from the government's side is to allow the law to take its course. He refused to comment further on the matter.

A woman has lodged a police complaint against Thomas A Sangma, the MLA from North Tura (ST) seat, accusing him of raping her on several occasions at her residence and at a hotel in Shillong. Meghalaya police today said they are investigating the matter.

Thomas A Sangma is Chairman of the Assembly Committee on Estimates and member of the Public Accounts Committee.

In her letter to the Speaker, the Congress MLA and chairperson of the Assembly's Committee for Empowerment of Women, wrote, "When a serious accusation of this nature arises against a member of this Assembly, it shocks the conscience of society and puts a huge expectation on the representatives of the people to ensure that principles of accountability are held in utmost regard."

"As the head of the Assembly Committee for the Empowerment of Women, I am committed to ensuring that justice is not denied especially to women," she added.

She also cited the removal of former MLA Julius Dorphang from Assembly committees in 2017 after an FIR accusing him of sexual assault was filed.