On Thursday, the Meghalaya Assembly passed a unanimous resolution for implementation of Inner Line Permit (ILP) regime in the state; ILP is a special pass that Indians have to carry along when they visit protected areas. 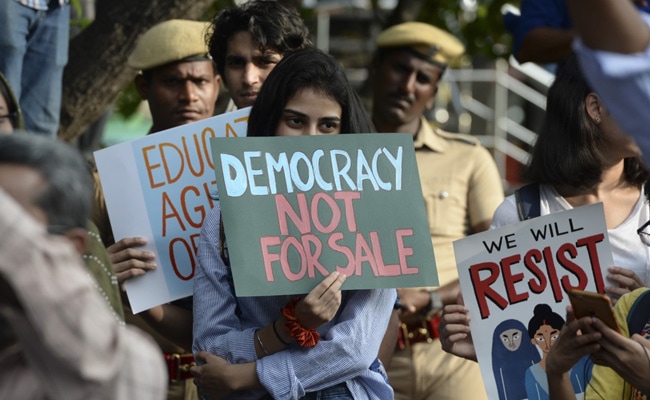 The Meghalaya government has today forwarded to the centre a resolution passed on Thursday urging immediate implementation of the Inner Line Permit (ILP) in the state. The resolution which was passed in a special session of the state Assembly aims to make the state fully exempted from the new citizenship law.

The state where over 90 per cent of land is under the 6th Schedule and ruled by autonomous tribal council was already part of Citizenship (Amendment) Act exemptions. The 6th Schedule areas of Northeast are exempted but few areas in Meghalaya capital Shillong were left out and this resulted in violent protests last week, so much so that curfew had to be clamped and mobile internet had to be suspended.

On Thursday, the Meghalaya Assembly passed a unanimous resolution for implementation of Inner Line Permit (ILP) in the state; ILP is a special pass that Indians have to carry along when they visit protected areas.

Earlier Arunachal Pradesh, Mizoram and Nagaland were under ILP. After the Citizenship Act, the centre has brought Manipur under ILP to exempt the state from the new law. Nagaland's Dimapur was out of the ambit of ILP but recently it has been included. When the centre says yes to ILP for Meghalaya, it will be the fifth state in the Northeast to fall under the permit.

Night curfew however continues in parts of Shillong and there is a carpet ban on mobile internet across the state.

Chief Minister Conrad Sangma has said that the ILP resolution is a victory of the people of Meghalaya as it was a long standing demand.

The Citizenship (Amendment) Act, or CAA, makes it easier to grant citizenship to non-Muslims from Pakistan, Afghanistan and Bangladesh. Opposition parties, activists, celebrities and students protesting against the law say it discriminates against Muslims and is inimical to constitutional principles of secularism and equality.