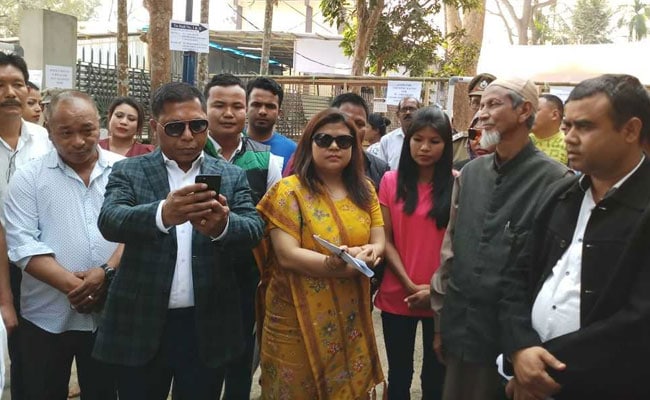 Mr Sangma, who is the chief minister since 2010, retained Ampati seat defeating his nearest BJP rival Bakul Ch Hajong by over 6,000 votes.

He also won from Songsak constituency defeating his nearest National People's Party rival Nihim D Shira by over 1,300 votes. The BJP was in the third position.