James Sangma was removed from the home minister's position in a major cabinet reshuffle in the northeastern state. 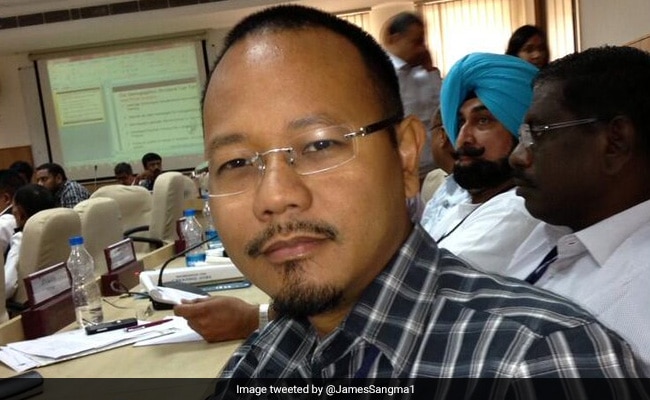 James Sangma has been accused of misbehaviour and corruption by political allies.

In a major reshuffle in the Meghalaya cabinet, Chief Minister Conrad Sangma has dropped his elder brother James as the home minister of the state in keeping with demands made by alliance partners.

According to sources, several allegations -- including that of misbehaviour and involvement in corrupt practices -- have been levelled against James Sangma.

Well-placed sources said that the National People's Party government was being "pressurised" by key allies such as the the BJP, United Democratic Party and People's Democratic Front to act against James for a few months. The Chief Minister finally gave in on Tuesday and decided to initiate a cabinet reshuffle, they added.

A notification issued by Meghalaya Chief Secretary MS Rao said Lakhmen Rymbai has been given charge of home (police), besides forest and environment, border area development and education departments. While Alexander Laloo Hek will retain the health and family welfare, he has been given additional charge of home (jail), home (passport) and the arts and culture departments.

Another cabinet minister, Hamletson Dohling, has been put in charge of the district council affairs, urban affairs, municipal administration and information technology departments.

James Sangma had a spat with a group of senior journalists at the state secretariat on January 6, the latest in a series of such incidents. Earlier, there were media reports of his alleged involvement in corrupt practices.