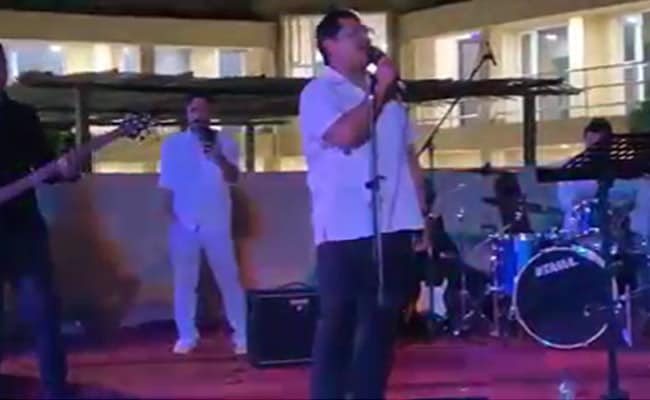 Meghalaya Chief Minister Conrad K Sangma has surprised people with his singing abilities. In a video that is doing the rounds on the internet, Mr Sangma is seen singing Bryan Adams' evergreen hit Summer Of '69. Reportedly, Mr Sangma was at an event in Itanagar, Arunachal Pradesh, when he sang the song. The video, which was originally shared by a journalist from The Wire, Sangeeta Barooah Pisharoty, has gone viral on social media.

Where else you find a chief minister belt out a rock number, only in the #northeast Here is ⁦⁦@SangmaConrad⁩ belting out Summer of 69 on a nippy evening in Itanagar #NERockspic.twitter.com/Pygp7I6LVj

Mr Sangma is known to have a penchant for music and is often spotted playing his electric guitar.  Last year, he had uploaded a video where he effortlessly played Iron Maiden's Wasted Years. The caption read, “After a hectic 3-day Assembly session, unwinding with some Iron Maiden stuff. It's been a long while I haven't played, so I guess a few mistakes…”

American guitarist Joe Satriani's tunes also seemed to be a favourite with Mr Sangma. He uploaded a video of himself playing Joe Satriani's Always With Me, Always With You. Mr Sangma wrote that he was “almost there” with his rendition of the popular song.

Conrad Sangma is the 12th chief minister of Meghalaya. He is the son of P. A. Sangma, former Lok Sabha Speaker and Meghalaya Chief Minister.