Mega Civic Polls In Maharashtra Announced For Over 4,000 Seats 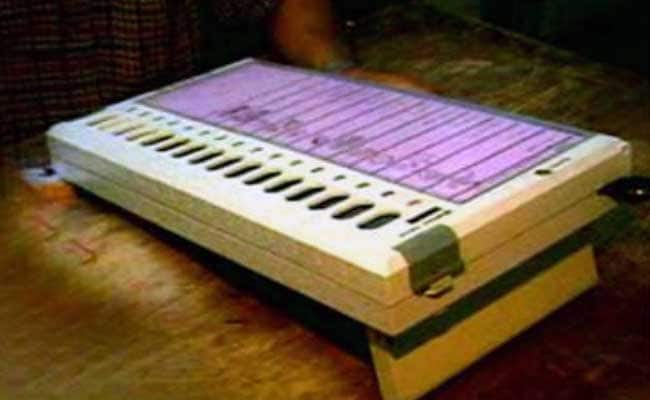 The first phase of elections on November 27 will cover 147 municipal councils and 18 nagar panchayats.

Mumbai: In what is viewed as a mini Assembly election, 212 civic bodies, comprising municipal councils and nagar panchayats, spanning 25 districts in Maharashtra would go to polls in four phases between November and January next. The contest will be held for a total of 4,750 seats covering 2,485 civic wards.

Announcing the schedule today, Maharashtra Election Commissioner J S Saharia said the elections will be held for 212 civic bodies, including 192 municipal councils and 20 nagar panchayats, on November 27, December 14, December 18 in 2016 and on January 8, 2017, barring two districts of Mumbai and Thane.

The counting of votes will be held on the next day of voting in each phase.

"After a long gap, there will be direct elections held in 192 municipal councils wherein voters shall directly elect council presidents.

"Another new feature of the municipal council (polls) will be reintroduction of the multi-member civic wards. Here the voters will cast one ballot to elect the president and other two to three votes to elect multiple members," the officer said.

He said each of the ballot papers on the Electronic Voting Machines (EVMs) shall have different colours for easy identification.

"The Election Commission will undertake awareness campaign to educate voters on how to cast multiple votes," he added.

However, elections to 20 Nagar Panchayats will be for single-member wards only wherein voters will elect only one member per ward.

"The candidates will have to file nomination papers on the Election Commission's website through computer, take print out, attach affidavits and relevant documents and submit the nomination papers to the Returning Officer," Mr Saharia said.

In order to ensure free and fair polls, EC will deploy videography surveillance units, flying squads, teams at check posts to keep an eye on movement of liquor and gift items, and also set up a complaint redressal cell.

Mr Saharia said poll observers have been mandated to make at least three visits in six days at the time of filing nomination papers, before campaigning and during actual period of campaigning.

The first phase of elections on November 27 will cover 147 municipal councils and 18 nagar panchayats across 25 districts, Mr Saharia said.

"In the fourth and last phase of polls on January 8, 2017, elections will be held for 11 municipal councils covering two districts," Mr Saharia said.

With the announcement of the poll schedule, the model code of conduct comes into force with immediate effect.

Replying to queries over the BJP-Sena government's second anniversary in office on October 31, Mr Saharia clarified that government cannot use official machinery and funds to issue advertisements highlighting its achievements.

On the use of social media platforms like WhatsApp and Twitter, the official said the respective district collectors and superintendents of police shall keep a check on the poll-related campaign on such interfaces.

Mr Saharia further said the poll code shall also apply to all 25 districts where elections to 147 municipal councils and 18 nagar panchayats are to be held on November 27.

Promoted
Listen to the latest songs, only on JioSaavn.com
"Elsewhere, where elections are to be held covering two to four districts, the poll code shall apply only to that particular district," he said.

Explaining the schedule, Mr Saharia said the poll contestants will get six working days to file their nomination papers, another eight to nine days to move court regarding challenging of nomination papers and 12 days for campaigning.