Delhi MCD Elections 2017: It's been a hard fought campaign between the BJP, AAP and Congress

New Delhi: Exit polls predicted an overwhelming victory for the BJP in the civic election of Delhi, giving them more than 200 of the 270 seats, as voting ended on Sunday. The overall turnout, at 54 per cent, was almost the same as the 2012 when 53.9 per cent polling was recorded. Rival parties pegged the election as a report card of Chief Minister Arvind Kejriwal's two-year-old Aam Aadmi Party government. The AAP and the Congress hope to wrest power from the BJP, which has governed the Municipal Corporation of Delhi for the last two terms.

There are 272 wards in the three municipal corporations 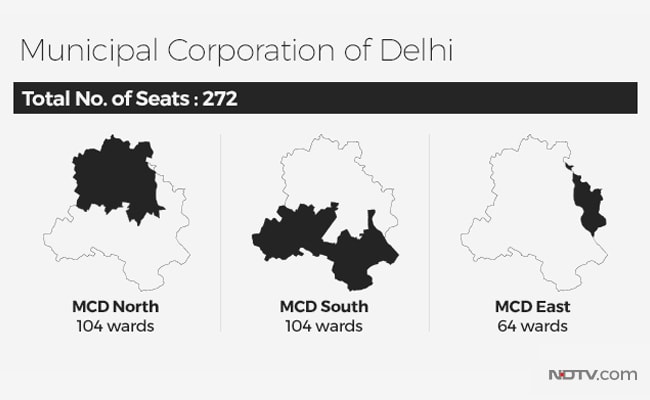