If Mayawati decides to withdraw support from the Kamal Nath government, the Congress's majority will be wobblier in the 230-member assembly.

BSP chief Mayawati, in her tweet this morning, said the Congress was no less than the BJP. (File)

A day after a Bahujan Samaj Party (BSP) candidate for the national election quit and joined the Congress to help the party in a parliamentary seat in Madhya Pradesh, a furious Mayawati tweeted that she would reconsider her support to the state Congress government, which has a slim majority. Lokendra Singh Rajput, the candidate of the Samajwadi Party-BSP alliance in Guna, quit on Monday and came out in support of Congress candidate Jyotiraditya Scindia.

If Mayawati decides to withdraw support from the Kamal Nath government, the Congress's majority will be wobblier in the 230-member assembly.

In visuals posted on social media, Lokendra Singh Rajput, wearing a garland, was seen with Jyotiraditya Scindia, signaling his formal entry into the Congress. "Young candidate Lokendra Singh, by joining the Congress, has given us his support. We welcome him to the Congress family," Mr Scindia tweeted. 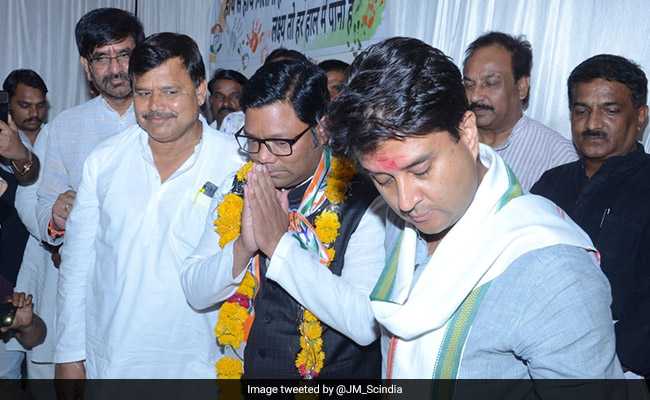 BSP chief Mayawati, in her tweet this morning, said the Congress was no less than the BJP in misusing official machinery, implying that her party candidate had been compelled to join the Congress.

"The BSP candidate was intimidated and threatened and forced to drop out but the BSP will give a reply by contesting under its own symbol and will also consider whether to continue its support to the state Congress government," Mayawati tweeted.

In December, Mayawati had grudgingly declared her party's support after the Congress fell short of the majority mark of 116. The Congress has 113; it gets external support from three legislators from Mayawati and Akhilesh Yadav's parties; and four independents currently support him. If Mayawati makes good on her threat, the Congress will be three down, or 117, barely above the majority mark. 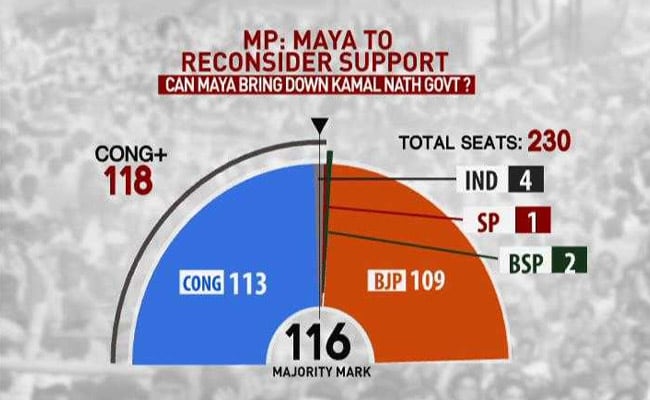 The BJP, which ruled Madhya Pradesh for 15 years, won 109 seats.

Mr Scindia is contesting from the constituency for the fifth time. He has represented the Guna seat since 2002, when by-polls were held after the death of his father Madhavrao Scindia, who held the seat.

Guna will vote on May 12 in the national election that ends on May 19. The results will be declared on May 23.

Ahead Of UP Polls, Rs 99 Lakh 'Unaccounted' Cash Seized In Noida