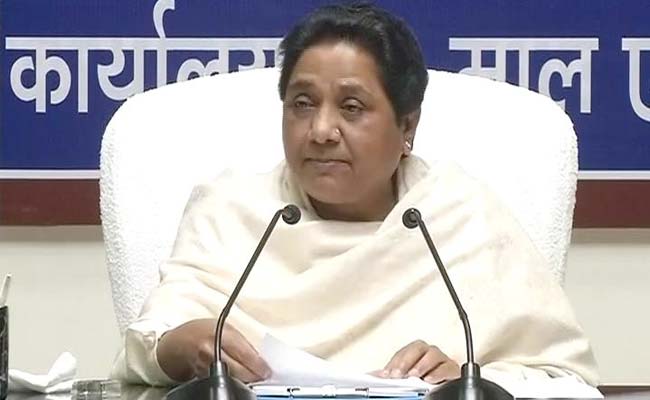 Mayawati's BSP has now announced 300 of its possible 403 candidates for the Uttar Pradesh polls.

Lucknow: The Bahujan Samaj Party on Saturday released its third list of 100 candidates for the Uttar Pradesh assembly elections, scheduled to be held in seven phases between February 11 and March 8. The list includes candidates for seats that will go to polls in the fourth and fifth phases.

The BSP has, now, announced 300 candidates for the 403-member assembly.

Promoted
Listen to the latest songs, only on JioSaavn.com
Earlier, Ms Mayawati presided over a marathon meeting of party office-bearers, leaders, legislators, MPs and party candidates where she told them to fan out in their respective constituencies and work for the BSP's victory.

She also asked her party leaders to expose the Samajwadi Party government on lawlessness and the centre on demonetisation.