Marathi Will Be Made Compulsory In Maharashtra Schools 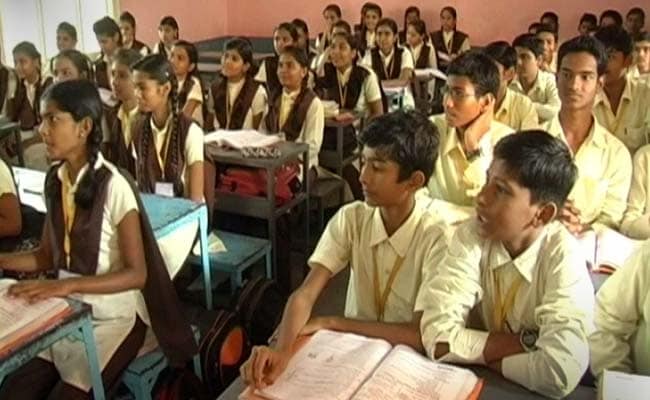 Last year, the state government had asked the CBSE-affiliated schools to implement the three language rule with Marathi being a mandatory component till standard eighth. (File photo)

Mumbai: Marathi will be made a compulsory subject till class seven in IGCSE/IB schools in Maharashtra, and history of Shivaji Maharaj will be taught in these schools, Education Minister Vinod Tawde said today.

A House resolution would be adopted to this effect and sent to the Centre, Mr Tawde said, during question hour in the state assembly.

The IGCSE is International General Certificate of Secondary Education.

"The history of Shivaji Maharaj being taught in ICSE/CBSE/IGCSE/IB schools is only limited to four lines, the minister said. Students in these schools should be taught history of Maharashtra," he said.

Henceforth, while granting no objection certificate to these schools by the education department, Marathi would be made compulsory and "we will also stipulate that Shivaji's history be taught to these students," he said.

Last year, the state government had asked the CBSE-affiliated schools to implement the three language rule with Marathi being a mandatory component till standard eighth.

A Government Resolution issued in August 2009 mentions that Marathi is to be taught at non-state board schools. The clause reads "CBSE/ICSE/IB/IGSCE/CIE curriculum schools till Std 8th will follow three language system. Marathi should be taught as the second language".