Tourists, as well as locals, will have to pay "swachhta tax" or "photography tax" if they click a photograph or shoot video on the road in North Goa's Parra village. 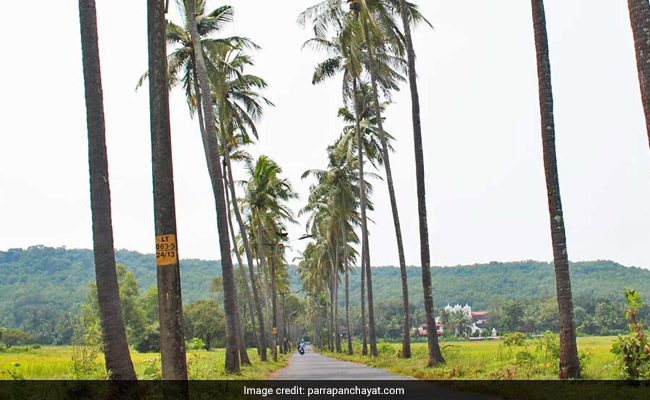 Former Goa Chief Minister Manohar Parrikar grew up in the village of Parra.

Tourists, as well as locals, will have to pay "swachhta tax" or "photography tax" if they click a photograph or shoot video on the road in the village in North Goa.

The imposition of the tax by the Parra village panchayat has been severely opposed by the locals who feel the fee may discourage tourists from visiting the iconic visit.

The matter became a talking subject after a video purportedly showing a group of tourists being charged in Parra went viral on social media. The video was recorded by Paul Fernandes, a local resident.

Speaking to ANI, Mr Fernandes said he came to know about that the new tax when some of his relatives were charged Rs 500 by the panchayat. "To pay Rs 500 for a photograph is seriously wrong," Fernandes said.

He said: "Nowhere in the country, there is a photography charge. There are scenic places across Goa. If it happens, it will happen in many villages which is not good for tourism."

Benedict D'Souza, former sarpanch of Parra, said the panchayat has every right to charge for commercial shoots but it was not fair to charge individuals.

"This road has been featured in many Bollywood and international films. Many tourists come because of the scenic beauty here. This is wrong on the part of the panchayat to charge because it is god-given beauty," he said.

Mr D'Souza said the panchayat was harassing the tourists in the guise of "swachhata tax", adding that it can hit the tourists footfall visiting the village. "When tourists come here, locals, as well as the government, earn revenue," he said.