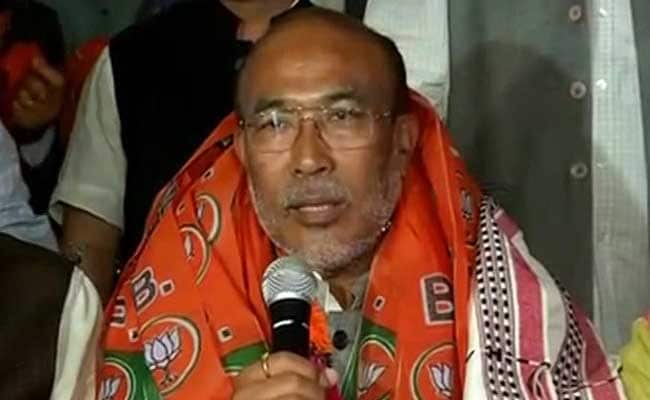 Manipur Chief Minister N Biren Singh said the BJP-led government in the state will not support the passage of Citizenship (Amendment) Bill unless there is a provision for protecting the indigenous people of the northeast.

Mr Singh also stressed that his government will want the President's assent to Manipur People's (Protection) Bill, 2018 before passage of the Citizenship (Amendment) Bill, 2016.

The Manipur People's (Protection) Bill, passed unanimously by the Assembly last July, aims to grant the status of "natives" to Meiteis, Pangal Muslims, scheduled tribes and others who moved to the state before 1951.

The rest, categorised as "non-Manipuris", will have to register themselves within one month of the notification of the law.

"Unless there is a provision for protecting the indigenous people of Manipur as well as the other northeast states, the state government would not support the Citizenship (Amendment) Bill," the chief minister said after inaugurating several development projects in Chandel district on Wednesday.

"The stand of the Manipur government is very clear. Before the Citizenship (Amendment) Bill is passed by the Rajya Sabha, the President should give his assent to the Manipur People's Bill," he asserted.

The Citizenship (Amendment) Bill, which was passed in the Lok Sabha last week, provides for according Indian citizenship to Hindus, Jains, Christians, Sikhs, Buddhists and Parsis from Bangladesh, Pakistan and Afghanistan after six years of residence in India instead of 12 years, which is the norm currently, even if they do not possess any documents.