'Character Assassination in School Killed Her': A Father's Cry for Help to Minister Smriti Irani 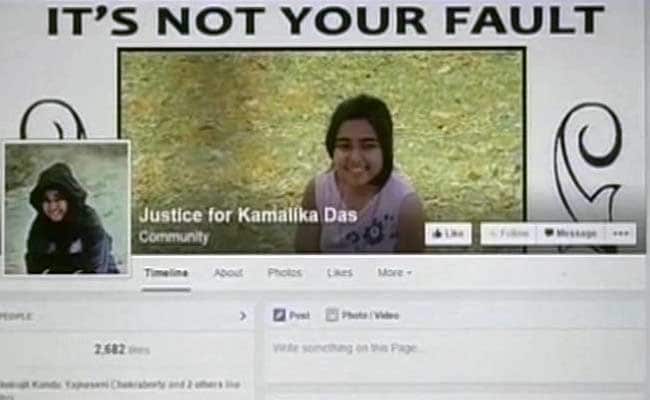 A family in Kolkata has been torn asunder. The mother has gone away to her maternal home in Shillong, the father has fled his home because it is full of memories of his 17 year old daughter who has just died. Two weeks ago, she jumped off a high-rise, because, her parents believe, her school principal and two teachers mentally tortured her.

A class XI student of Kendriya Vidyalaya 2 at Salt Lake, a class topper in fact, Kamalika Das had been caught on January 19 fudging her Hindi homework, her parents say. She had earlier forgotten to bring her copy, had borrowed a classmate's, changed covers and scribbled out her homework there. Then on the 19th, when the classmate submitted his notebook with his homework in it, Kamalika's name was written inside, her father said.

Her Hindi teacher and class teacher took her to the principal. Her mother was called to school on the 20th and both berated, not just for the fudged homework but also because Kamalika had complained of sexual harassment by a classmate four years ago, the teenager's father added.

"In front of my wife, they said your daughter is characterless. Four years back also she had brought the media to school because of her complaint of sexual molestation. It was not the boy's fault, they said, It was her fault. She is characterless, arrogant, we are going to expel her," Kamalika's father Kisholoy Das said.

That evening, Kamalika left the house leaving behind a farewell message in her diary to her principal. The diary has been confiscated by the police. She went to a housing complex where she lived for some years earlier, climbed to the roof of a seven-storey building and jumped.

On January 24, the family filed a First Information Report or FIR blaming the class teacher, Hindi teacher and principal Snigdha Deb for Kamalika's suicide. There were protests, on social networking site Facebook and outside the school. A cousin demanded a public apology from the principal. But none came. The principal did not meet the NDTV team either.

"As a woman, as a human being, as head of an institution, the principal has victimised my sister. Words can kill. You can kill with harsh words. You cannot character assassinate a 17 year old girl," said Smita Sharma, Kamalika's cousin.

In desperation, the father wrote to Minister of Human Resource Development Smriti Irani on January 27, asking for justice.

Promoted
Listen to the latest songs, only on JioSaavn.com
"She was very much attached to me. On Father's Day, she made big placard for me and she wrote there, I don't need any super power to protect me. My daddy is there to protect me. But I could not protect her," said the father, breaking into tears.

Only memories remain and the haunting tune of a song Kamalika had strummed on her guitar once. The lyrics: "Bekarar karkey hamey yun na jayiye, aap ko hamari kasam, lawt aiyeye. (Don't leave me bereft and go away. Please come back.)" Kamalika would have turned 18 on March 20.