Man Who Opened Fire At Delhi's Shaheen Bagh Is An AAP Member: Police

Kapil Gujjar, 25 -- who allegedly shouted "Jai Sri Ram" as he fired shots standing near police barricades -- has confessed to being a member of AAP, officers of the Crime Branch said.

Kapil Gujjar had fired in the air at Shaheen Bagh on Saturday. (File)

The man who opened fire at Shaheen Bagh last week is a member of Delhi's ruling Aam Aadmi Party, the police told reporters on Tuesday. Kapil Gujjar, 25, -- who allegedly shouted "Jai Sri Ram" as he fired shots standing near police barricades on Saturday -- has confessed to being a member of AAP, officers of the Crime Branch said.

The man had fired two or three times in the air, standing near the spot where hundreds of women and children were sitting. While being led away, he was heard saying: "Humare desh mein sirf Hinduon ki chalegi aur kisi ki nahi (in our country only Hindus will prevail)."

"In our initial investigation, we found some photos from Kapil's phone that establish what he has already disclosed -- that he and his father had joined AAP a year ago," Rajesh Deo, a senior officer of the Crime Branch told reporters, referring to photos that were leaked to the media earlier.

In the photos, the man can be seen with senior AAP leaders like Atishi and Sanjay Singh. 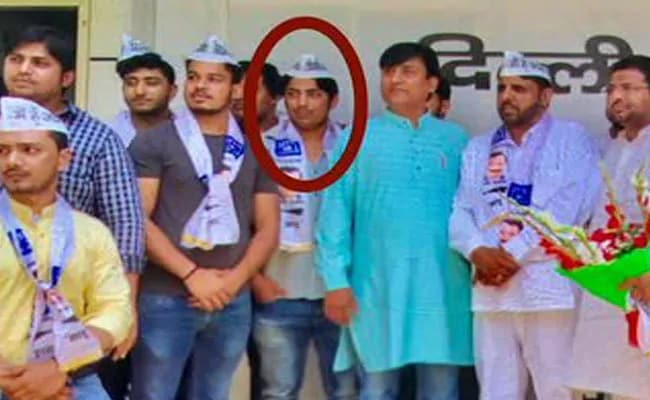 The disclosure by the police -- made three days before the assembly elections in Delhi in which the 50-day protest at Shaheen Bagh against the contentious Citizenship Amendment Act has become a key issue -- triggered a political storm.

The BJP has repeatedly accused the ruling Aam Aadmi Party of engineering the protests and pandering to the protesters. Uttar Pradesh Chief Minister Yogi Adityanath has accused Arvind Kejriwal of "feeding biryani to terrorists" and a few leaders, including Union Minister Prakash Javadekar, have even called the Chief Minister a "terrorist".

On Tuesday, BJP chief JP Nadda said: "The country and Delhi today saw the dirty side of the Aam Aadmi Party. Kejriwal and his people sold the country's security for political ambition. In the past, Kejriwal used to insult the Army and support terrorists but today his relation with a person linked to terror activities got revealed".

AAP hit back, with senior party leader Sanjay Singh pointing out that Amit Shah heads the home ministry -- to which the Delhi Police reports.

"At this time now, just before elections, photos and conspiracies will be found. Three to four days are left for the elections. The BJP will do as much dirty politics as they can. What does having a picture with someone mean?" he was quoted as saying by news agency ANI.

The party, Mr Singh said at a press conference later, would send a legal notice to the police officer who made the claim and also complain to the Election Commission.The police was making claims just three days before the assembly polls even before the investigation was over, he added.

Mr Kejriwal has accused the BJP of projecting Shaheen Bagh as an election issue because it has "nothing else to talk about". "Amit Shah is the Home Minister, he is so powerful. Do you think he cannot clear a road if he wants to? He doesn't want to as he wants to fight the entire Delhi election on Shaheen Bagh. The BJP has no other issue," the Chief Minister said on earlier on Tuesday.

Saturday's shooting took place amid a deluge of hate speech from senior BJP leaders like Yogi Adityanath and union minister Anurag Thakur, who suggested the use of bullets against "traitors" and "terrorists".

It was the second incident of threat against anti-CAA protesters and took place days after Anurag Thakur's rally where slogans of "Goli maaro sa*** ko" were raised.

On Thursday, a 17-year-old school student from Uttar Pradesh had fired a crude pistol at unarmed protesters at Jamia Millia University barely two km away, with dozens of policemen watching.