The chief minister's assurance given at a meeting with the state's industrialists, most of whom are Marwaris and Gujratis, is being seen as a move intended to ensure that no wrong message is conveyed to these communities. 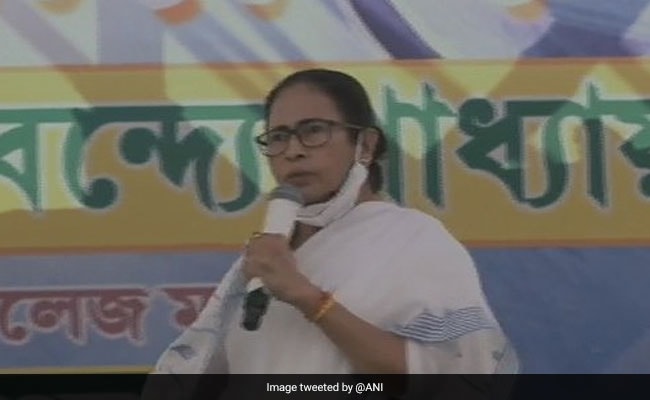 Amid the insider-outsider debate, Chief Minister Mamata Banerjee on Wednesday said that industrialists, who originally hailed from other states, "part and parcel" of West Bengal and the government will continue to offer all-round support to help them thrive.

The chief minister's assurance given at a meeting with the state's industrialists, most of whom are Marwaris and Gujratis, is being seen as a move intended to ensure that no wrong message is conveyed to these communities.

Ms Banerjee, also the Trinamool Congress supremo, and ther leaders of her party have often accused the BJP of bringing in "outsiders" - leaders from outside the state - to West Bengal ahead of the assembly elections due in April-May this year.

It was her first meeting with industrialists since the COVID-19 pandemic broke out in March last year.

"The meeting was held on the occasion of the new year. Most of the people who attended it were Marwaris and Gujaratis. She said that they are as much part and parcel of this state as Bengalis, and we should stay united," an industrialist who was present at the meeting told PTI on condition of anonymity.

Most of those who spoke at the meet highlighted the positive changes that happened in the state, another industrialist said.

Sources said that Ms Banerjee spoke about steps taken by her government towards ease of doing business and forthcoming projects such as Tajpur sea port and Deocha Pachmi coal block, gas reserve, leather and industrial parks.

"It was a great positive discussion. I said that I am
impressed with the free cycle project for school students by the government," Century Plyboard Joint Managing Director Sanjay Agarwal said in his reaction.

West Bengal Industrial Development Corporation (WBIDC) Chairman Rajiva Sinha said that around 75 people attended the meeting and the government wanted to know from them what more it could do for ease of doing business.

Harsh Neotia, Sanjay Budhia, Mayank Jalan, RS Goenka, Lalit Beriwal and Hemant Bangur were among those who attended the meeting.