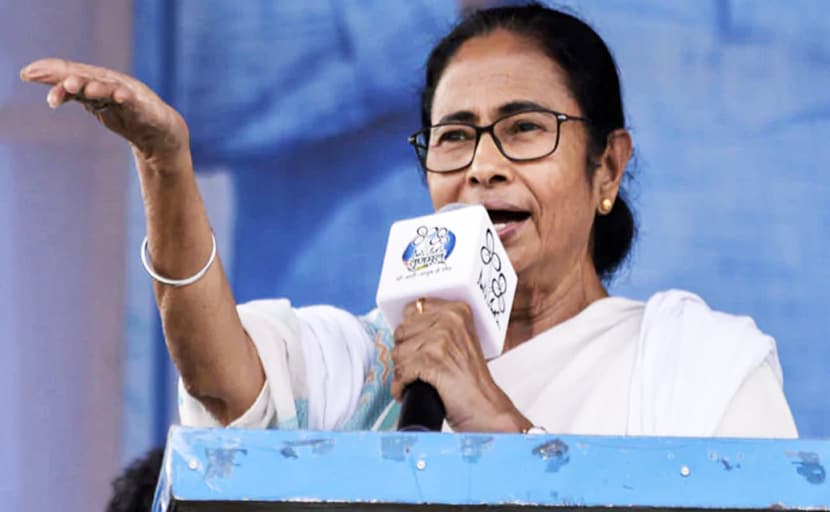 West Bengal Chief Minister Mamata Banerjee today said she will not attend a meeting of the NITI Aayog next week as the government think tank has "no power to support state plans". In a letter to Prime Minister Narendra Modi, who will chair the meeting of NITI Aayog's governing council whose members include all chief ministers, Ms Banerjee said: "Given the fact that NITI Aayog has no financial powers and the power to support state plans, it is fruitless for me to attend the meeting of a body that is bereft of any financial powers".

This is the fifth meeting of the governing council which will be held on June 15. NITI Aayog CEO had written to the heads of states to invite them to the meeting.

Declining the invitation, the 64-year-old leader said the decision to replace the Planning Commission with NITI Aayog, announced on January 1, 2015 by the former NDA government, was taken without holding a discussion with states.

"Since, the Planning Commission represented the federalist polity of the country with cooperative federalism in matters of the economy and allocation of resources as its goal, I was surprised by your unilateral announcement which was not preceded by any discussion with the Chief Ministers of the States for their views," Ms Banerjee wrote.

She has skipped NITI Aayog meetings earlier too, expressing her displeasure.

The National Planning Commission was formed "by none other than Netaji Subhash Chandra Bose in 1938," the Trinamool Congress chief wrote further. The proposals to the Planning Commission "came from the grassroots of every State, right from the Block level and then to the District level," she said in her letter today.

Ms Banerjee also said she had written to PM Modi in December 2014, and expressed her concern about the "dissolution" of the Planning Commission.

She has asked the Centre to give additional powers to the Inter-State Council (ISC) and make it the "nodal entity of the country" by adding the role of National Development Council to it. "The experience of the last four and a half years we had, with the NITI Aayog, brings me back to my earlier suggestion to you that we focus on the ISC constituted under Article 263 of the Constitution. With appropriate modifications, to enable ISC to discharge its augmented range of functions as the nodal entity of the country," she suggested.

"This will deepen cooperative federalism and strengthen federal polity. May I also reiterate that the National Development Council which has been given a quiet burial, may also be subsumed within the broadened constitutional body of ISC," her letter read.

She also referred to views of the experts in her letter who have recommended that the NITI Aayog should have financial powers to "address regional imbalances".

Last month, Ms Banerjee had skipped the oath ceremony of PM Modi, elected for a second term with a huge majority, after families of over 50 BJP workers allegedly killed in political violence in West Bengal were invited.

Denying the claim that the BJP workers were killed in political violence in Bengal, Ms Banerjee had written to PM. "The ceremony is an august occasion to celebrate democracy, not one that should be devalued by any political party that uses it as an opportunity to score political points," she said.