Read inOther Languages
This Article is From Jun 06, 2019

Prashant Kishor is credited with YSR Congress chief Jagan Reddy's sweep in Andhra Pradesh, where the incumbent Chief Minister Chandrababu Naidu's party has been voted out of power.

Mamata Banerjee has signed up for Prashant Kishor's election-winning package.

After a reported two-hour meeting in Kolkata, Mamata Banerjee has signed up for Prashant Kishor's "election-winning package". The Chief Minister is believed to be desperate for some "PK" magic after her Trinamool Congress nosedived from 34 to 22 seats in 42-seat Bengal in the parliamentary election. The BJP, which had two, shot up to 18 seats, establishing its growing base in the state and making it clear it would not stop until it ousted the Trinamool in the next assembly election, due in 2021.

After the election, the Chief Minister or "Didi" is coming across as flustered and rattled by the BJP's "Jai Shri Ram" chants.

Mamata Banerjee reportedly wanted Prashant Kishor's dream-team even in 2016, but he was reluctant then, having just bagged the Congress contract for the 2017 Uttar Pradesh election. 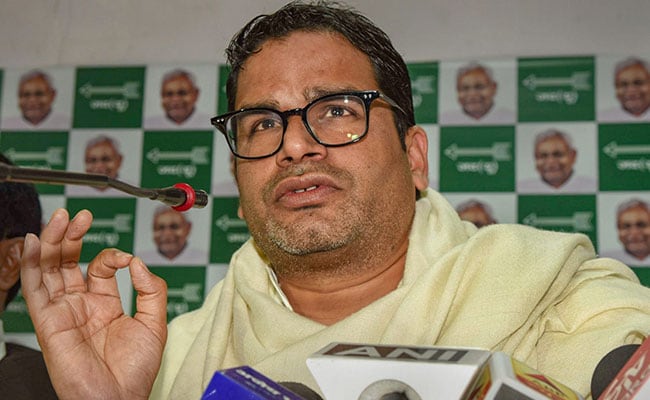 Prashant Kishor will go head to head with the BJP's massive election machinery - one that he worked with five years ago - for the first time.

The 42-year-old is credited with YSR Congress chief Jagan Reddy's sweep in Andhra Pradesh, where the incumbent Chief Minister Chandrababu Naidu's party was voted out of power last month. After winning over 150 of 175 assembly constituencies, Jagan Reddy took power in the state for the first time.

Prashant Kishor joined politics last year as the vice president of Bihar's ruling Janata Dal United, but he was hardly given any job for the election. His party chief Nitish Kumar was apparently under pressure from ally BJP, which was upset with the strategist over his effort to expand the party's base among the youth in Bihar.

After Jagan Reddy's victory, sources close to Prashant Kishor had said: "More and more parties are approaching us."

Prashant Kishor winning streak with the successful campaigns of Narendra Modi in 2014 and Nitish Kumar in 2015 was interrupted by his flop venture to revive the Congress in Uttar Pradesh in 2017. He was instrumental in getting Samajwadi Party chief Akhilesh Yadav and Congress's Rahul Gandhi to tie up, which set up his famous "UP ke Ladke (UP boys)" campaign. But the coalition was pulverised by the BJP.