Housewife Itself A Big Job, They Should Be Paid: Kamal Haasan 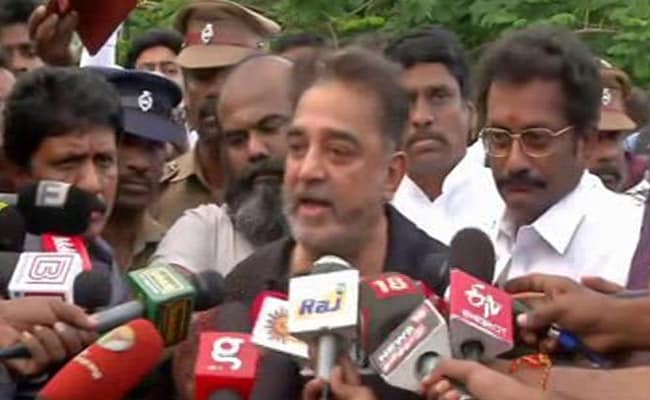 Paying housewives for doing their job is an idea whose time has truly come: Kamal Haasan

Salary for housewives, stop doling of mere benefit, empowering people, creating an environment the promotes entrepreneurial spirit are some of components of 'Enterprise Economy' announced by actor-turned-politician Kamal Haasan as part of 'Reimagining Tamizh Nadu' on Friday.

"With the centrist ideology, At MNM we are on a special mission to bring about two- fold change. Reimagining Tamizh Nadu. Revolutionising politics," he said in the document.

As regards the need for reimagining Tamil Nadu he said rampant corruption has belittled the state's image and under utilised its potential to create a thriving economy.

According to him, prosperity to every Tamilian can be achieved on the back of an 'enterprise economy' that would generate jobs.

"Housewife itself is a big job and should be paid commensurately. Paying housewives for doing their job is an idea whose time has truly come and we shall ensure it," he said in the vision document.

He said, general lack of hunger and imagination fuelled by mere welfare and electoral politics has left Tamil Nadu wanting and it is worrying the direction the state has been taking in the last few years.

"We need to stop doling out mere benefits and empower our people with platforms to help them to achieve more via ambition and enterprise," he said.

According to the document, 'Enterprise Politics' will touch farmers, road-side vendors, self-help group participants, fishermen, small and big businessmen and bring prosperity for all.

Citing the prosperity of Japan and Singapore, the MNM President said that was possible due to visionary leaders who rose above petty politics and small interests.

According to him, enterprise is the greatest idea ever occurred to mankind, defining the very essence of human society but Tamil Nadu seems to have missed the enterprise revolution bus.