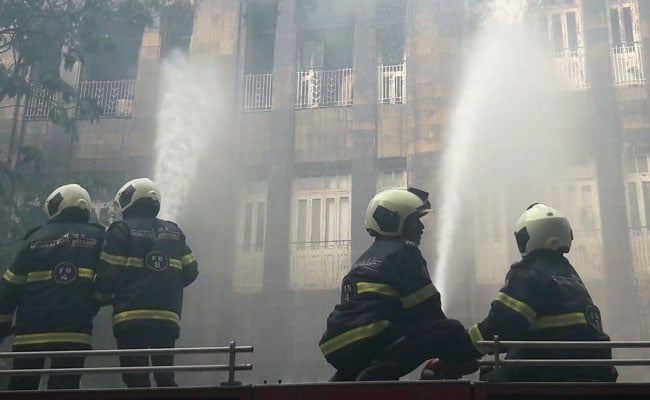 A fire broke out in South Mumbai's Fort area, in the Scindia House.

Mumbai: A fire broke out in the Income Tax office in South Mumbai on Friday, but no casualties were reported, a Fire Brigade official said.

The blaze started on the third floor of the I-T office located in multi-storeyed Scindia House and efforts are on to douse it, he said.

"Our control room received information at 4.55 pm about a fire erupting on the third floor of the ground plus six-storeyed building.

"Five fire engines, four water tankers along with adequate number of fire brigade personnel were rushed to the site to douse the flames," the official said.

No injuries were reported so far, but one person trapped on the second floor of the commercial building was rescued by firefighters, he said.

The cause of the fire was not immediately known, the official said.

The building, a well-known landmark in South Mumbai, also houses the office of the Debt Recovery Tribunal (DRT).

Witnesses posted images and videos of the fire on social media.

"I just left the Ballard estate and on the way I saw flames coming out from the Scindia house and no action being taken by officials. People took their bags and came out. I am going back to my home place in Gujarat. I thought of sharing the information as a responsible citizen," one Twitter user said.
Comments
South Mumbai FireFort South MumbaiScindia House