Maiden Pharma, Blamed For 66 Deaths In Gambia, A Repeat Offender In India

Several drugs by the pharma company were not found to be up to quality standards by four states of the country. 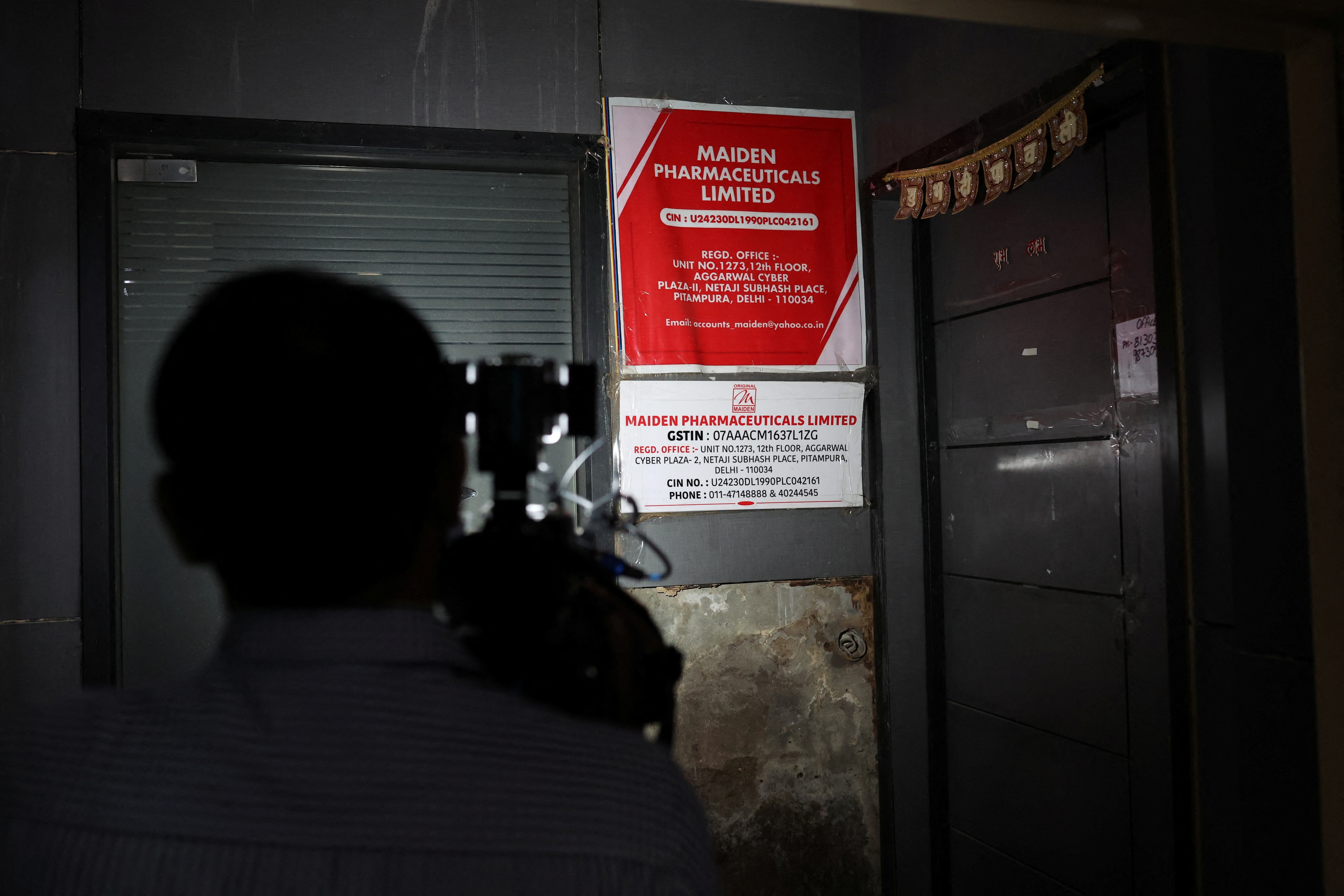 Vietnam had in 2011 banned the company.

Indian pharma company Maiden Pharmaceuticals, which has come under the scanner after 66 children died in the Gambia after consuming cough syrup made in India, was a repeat offender in India as well. Several drugs by the pharma company were not found to be up to quality standards by four states of the country.

Vietnam had in 2011 banned the company.

Speaking to NDTV, Public health activist Dinesh Thakur pointed out that the company's medicines have been flagged for quality issues in India as well.

"I found the company severely lacking in quality control. We do not have a regulatory system in India. We have a central regulator called Central Drugs Standard Control Organisation (CDSCO), but every state has its own regulator. During research, we found that the regulators in Kerala and Gujarat had said that Maiden Phrama's medicines were of poor quality. The public procurement agency of Bihar had also blacklisted a syrup".

Mr Thakur further questioned how the company was granted permission when it has a poor record.

"Vietnam had blacklisted many companies a few years back because of their poor quality, and this company was also included in it. When it has such a record, how was it given permission? Export permission is only given by the central regulator. CDSCO's website has its name on it. This company has removed its website. Some cases linked to the company's Directors have also been found in court. All of this shows the condition of systems in place for medicines in the country," he added.

Gambia has launched a door-to-door campaign to collect cough and cold syrups blamed for the deaths of more than 60 children from kidney injury in the tiny West African country.

India is testing samples of the cough syrups produced by Maiden Pharmaceuticals after the World Health Organisation said its products were linked to the deaths of dozens of children in the Gambia.

"Samples have been sent to a central pharmaceutical laboratory for testing," Anil Vij, the health minister of Haryana state where Maiden has its factories, told reporters. "Strict action will be taken if anything is found wrong."

The WHO said laboratory analysis of Maiden cough syrup had confirmed "unacceptable" amounts of diethylene glycol and ethylene glycol, which can be toxic and lead to acute kidney injury.

Maiden, which launched its operations in November 1990, manufactured and exported the syrup only to the Gambia, Indian ministry sources said.

All About Visakhapatnam, Andhra Pradesh's New Capital, "City Of Destiny"