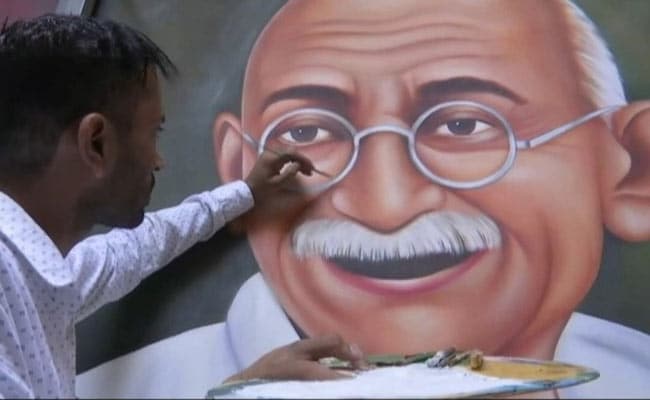 An Amritsar-based painter has painted Mahatma Gandhi ahead of his 150th birth anniversary. Speaking to news agency ANI, Jagjot Singh Rubel said that it took him almost 10 days to bring the oil painting sized 5 ft x 7 ft to life.

He said he wishes to gift the painting of Mahatma Gandhi to Prime Minister Narendra Modi.

"Although I have painted a lot of things in the past, this one left me the most content. I would like to present this to our Prime Minister Narendra Modi as he is an ardent follower of Gandhi ji," he said.

Praising Mahatma Gandhi for his contribution, Mr Rubel expressed his desire to get the painting displayed at the Sabarmati Ashram in Gujarat.

Ahead of Mahatma Gandhi's 150th birth anniversary, the country is carrying out various kinds of activities to pay tribute to the Father of the Nation".