Chief Minister Eknath Shinde, who was present on the occasion, asserted that the state will implement the NEP in the best possible manner. 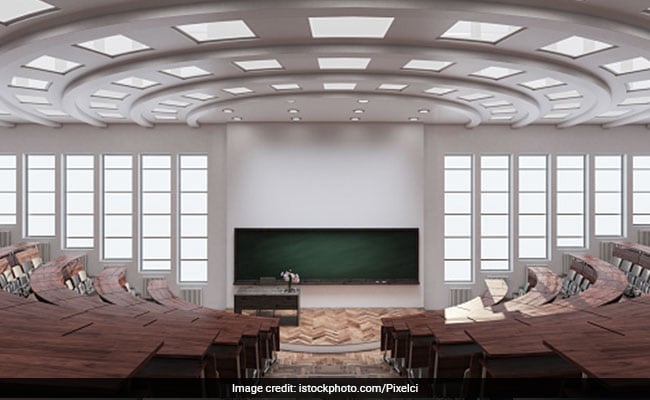 The Maharashtra government will make it mandatory for students above 18 years of age to get their voter registration done for getting admission to colleges, a state minister has said.

Speaking at a meeting of vice chancellors of non-agriculture universities at the Raj Bhavan in Mumbai on Thursday, state Higher and Technical Education Minister Chandrakant Patil also said that the government will introduce four-year degree courses from June 2023 as mandated under the National Education Policy (NEP) and the universities will have to implement the decision.

"There is no option for universities as they will have to implement the four-year degree courses from June as mandated under the NEP," he said, warning that action will be taken against those failing to do so.

The government will soon constitute a committee of retired vice-chancellors to address the concerns of vice chancellors over the implementation of the NEP, Mr Patil said.

Taking note of the dismal percentage of voter registration by students of universities and colleges, he said "The government will issue a resolution mandating students to get their voter registration done for getting admission to colleges." As against the goal of attaining the enrolment of 50 lakhs students in the higher education system, Maharashtra has enrolment of only 32 lakh students, Mr Patil said.

The minister called upon universities to run a campaign to improve the enrollment percentage.

He also said there was a need to take into cognisance the recommendations of NEP regarding providing education in mother tongue and skill development.

"Many private universities are doing well through self finance and distance education programmes," he said, while urging the universities to take steps for effective implementation of the NEP.

The governor, who is also the chancellor of public universities in the state, said the NEP lays thrust on culture and the Indian knowledge system.

He asked vice chancellors to create small advisory committees comprising dedicated officers, professors, young people and resource persons to advise them on the effective implementation of the policy in universities.

The governor said he would hold a follow-up meeting of vice chancellors within six months to discuss what steps were taken on the issues agreed upon in the meeting.

Chief Minister Eknath Shinde, who was present on the occasion, asserted that the state will implement the NEP in the best possible manner.

"The state government has decided to make suitable amendments in the Maharashtra Public Universities Act, 2016 to make the selection process of vice chancellors and pro-vice chancellors in sync with the guidelines of the University Grants Commission (UGC)," he said.

Expressing strong displeasure over the poor performance of some of the universities in key result areas, such as declaration of results of various examinations on time, Deputy Chief Minister Devendra Fadnavis asked the vice chancellors to take note of the lacunae and take corrective steps quickly.

Expressing the need for bringing a robust digital system to make the implementation of NEP effective, Mr Fadnavis called for creating a live dashboard to report the 17 key result areas of the vice chancellors to monitor the situation from time to time.

Laying thrust on greater transparency by educational institutions, Mr Fadnavis said the findings of the college inspection teams should be made available on the websites of the colleges.

He said while good progress is being made in achieving higher gross enrollment in the state, the universities must focus on bringing excellence in education. Mr Fadnavis expressed concern over the low percentage of voter registration among college students.