There has been speculation that Nitish Kumar is gearing up for a larger role at the national level. However, the Bihar Chief Minister rejected any such speculation after being sworn in. 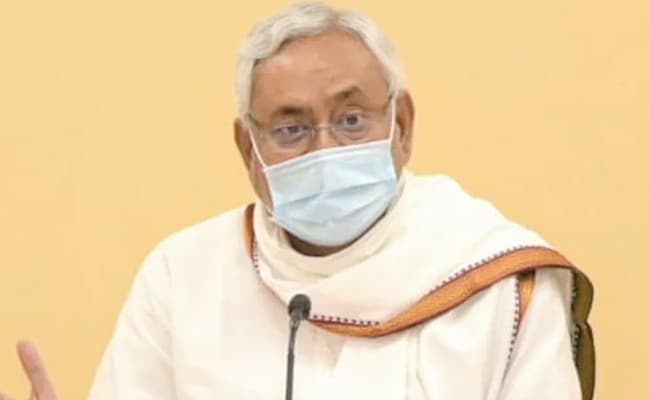 Nitish Kumar was a BJP ally before snapping ties in 2013. He again joined hands in 2017.(FILE)

Maharashtra minister Deepak Kesarkar on Thursday said that Bihar Chief Minister Nitish Kumar might "reconsider" his decision to part ways with the BJP if he felt he had picked a "wrong party".

"It's just a phase. I don't mean to criticise him (CM Nitish Kumar). He is a senior politician who has served the state well as the CM. But he may reconsider his decision if he feels that he has picked the wrong party. That's not unprecedented," Deepak Kesarkar said while commenting on the recent political developments in Bihar.

There has been speculation that Nitish Kumar is gearing up for a larger role at the national level. However, the Bihar Chief Minister rejected any such speculation after being sworn in.

Kumar was sworn in as Bihar Chief Minister again yesterday after parting ways with the BJP and joining the RJD-led Grand Alliance to form a new government in the state. Kumar ditched the BJP alleging that it was trying to break his JD(U), and joined hands with former political opponents RJD in the Mahagathbandhan on Tuesday.

The BJP alleged that by joining with the RJD, Nitish Kumar had disrespected the mandate given by the people. Meanwhile, soon after the swearing-in ceremony, Kumar said that his party made the decision to leave the BJP through internal consensus.

He sought cooperation from interim Congress chief Sonia Gandhi for change in Bihar. Sonia Gandhi asked him to contact Rahul Gandhi as well.

Notably, Rahul Gandhi agreed to be in touch with the party in-charge of the state Bhakta Charan Das.

After this talks took place and the script for the change was ready.

Nitish Kumar wanted such a majority so that the BJP could not topple the government by making a dent in it, so remained silent till the figure reached 164 through the Left and Congress and the bet was played as soon as he got the chance.

Meanwhile, BJP leader and former Bihar deputy chief minister Sushil Kumar Modi suggested that the fallout between his party and Nitish Kumar could be linked to the Bihar chief minister's desire to become the country's vice president.

Mr Kumar was a long-time BJP ally before snapping ties in 2013. He later again joined hands in 2017. Mr Kumar said that there was a unanimous decision in the party meeting in the morning "to break off ties".

JD-U and BJP had fought the 2020 assembly polls together and Nitish Kumar was made the chief minister of the alliance though the BJP had won more seats. Nitish Kumar's ties with BJP stretched to over two decades and he was a minister in the Atal Bihari Vajpayee government in 1996.

JD-U leaders indicated that factors including the developments related to the exit of RCP Singh from the party had soured ties with BJP. JD-U leaders have also been chafing at the role of Lok Janshakti Party (Ram Vilas) leader Chirag Paswan during the 2020 assembly polls and have indicated that his putting up candidates from seats contested by the party had damaged it.

JD-U is the third major ally to leave the BJP in the past three years after Shiv Sena in Maharashtra and Shiromani Akali Dal in Punjab.