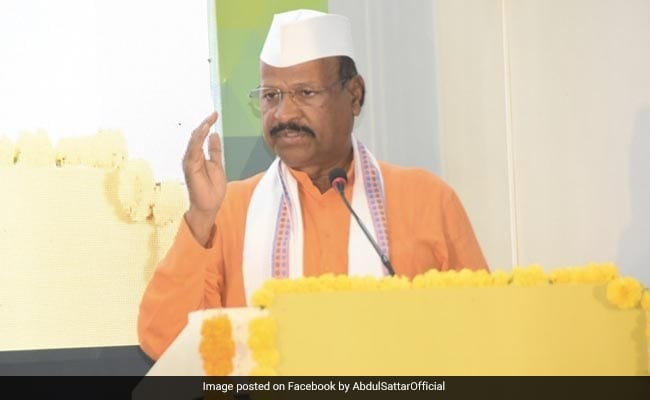 Maharashtra Agriculture Minister Abdul Sattar on Tuesday launched a fresh attack on Shiv Sena MLA Aaditya Thackeray daring him to face an election by resigning from his constituency.

Sattar said he is ready to tender his resignation within a week if Chief Minister Eknath Shinde allows him and face byelection from the Sillod constituency in Aurangabad district, days after Aaditya said that MLAs loyal to CM Shinde will realise their standing in public in the 2024 elections.

Aaditya and other leaders of the Shiv Sena (Uddhav Balasaheb Thackeray) had been daring the 40 MLAs of the Shinde camp to resign and face elections.

"My challenge still stands. Even if he (Aaditya) does not tender his resignation and if the CM permits me, I can resign within one week and face election," Sattar told reporters in Pune.

He said not a single farmer who suffered losses due to heavy rains will be left out of the government aid.

"I had already spoken to the Chief Minister and Deputy CM over the issue of giving help to farmers. Once we receive all panchnamas, the Cabinet will approve the financial assistance," he said.

"What did he see in 24 minutes? I do not know. When he was the chief minister, he had said affected farmers should be paid Rs 50,000 per hectare but he seems to have forgotten his words," he said.