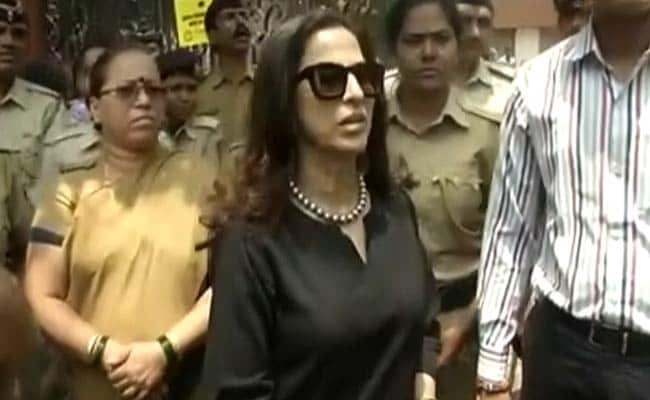 Shobhaa De at her Mumbai home, where Shiv Sena activists protested against her tweets on the compulsory screening of Marathi films.

The Maharashtra Legislature Principal Secretary has issued a notice to writer and socialite Shobhaa De, asking her to explain her tweets on the state government's decision to make it mandatory for multiplexes to screen Marathi movies during prime time.

"I have sent her the notice on behalf of the Speaker asking her to explain her stance in a week," Legislature Principal Secretary Anant Kalse told PTI.

The notice was issued two days ago, he said, adding, it has been admitted and that Ms De has been asked to submit her explanation.

During the Budget Session, which concluded on Friday, Shiv Sena MLA Pratap Sarnaik had filed breach of privilege notice against Ms De after she tweeted on the government's decision.

The novelist had tweeted,

Devendra 'Diktatwala' Fadnavis is at it again!!!From beef to movies. This is not the Maharashtra we all love! Nako!Nako! Yeh sab roko!

She also tweeted that it was nothing but hooliganism.

I love Marathi movies. Let me decide when and where to watch them, Devendra Fadnavis. This is nothing but Dadagiri.

Reacting to the tweet, Mr Sarnaik  filed a breach of privilege against Ms De for "insulting Chief Minister Devendra Fadnavis and the sentiments of the Marathi speaking people."

Reacting to the breach of privilege notice, Ms De tweeted:

Now a privilege motion demanding an apology from me? Come on! I am a proud Maharashtrian and love Marathi films. Always have. Always will !