Desai told the Legislative Council that the Maharashtra Official Languages Act was passed in 1964 but there was no required clarity in that legislation. 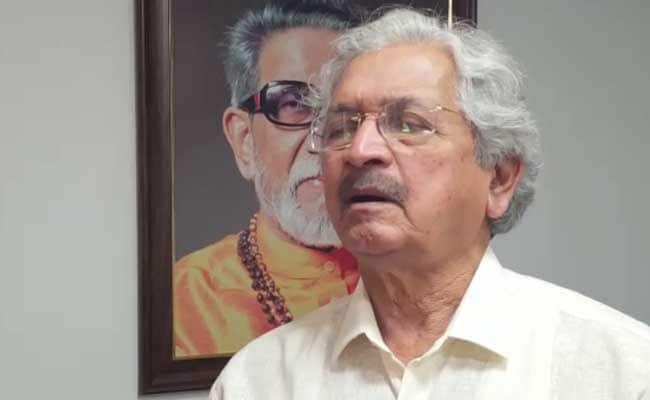 Subhash Desai said "Marathi language officers" will be appointed in every district. (File)

In a bid to address the complaints that the Marathi language is not being used in administrative works fully, the Maharashtra government is planning to appoint "Marathi language officers" at the district level, minister Subhash Desai told the Legislative Council on Monday.

Mr Desai told the Legislative Council that the Maharashtra Official Languages Act was passed in 1964 but there was no required clarity in that legislation.

"To bring about the clarity, to increase the scope of the act, and to ensure that there should not be a disregard for the Marathi language in the state, the need for amendment was felt," he said.

Mr Desai further said several complaints were received and it was realised that Marathi was not used fully under various authorities, corporations in the state.

"So the use of the Marathi language must be increased in all these bodies. There are several websites of these authorities and corporations but all these websites are in English and not in Marathi," the Shiv Sena leader said.

It has been seen that while using the social media platforms, English is being used but Marathi's use should be increased.

He said that on monorails in Mumbai, the boards indicating the names of the stations are mispronounced.

He said that instead of "Vandre", the name on the board is "Bandra", a suburb in Mumbai.

"There are several such complaints we received. We scrutinised them and made a big list," he said.

Mr Desai narrated an incident of a flag-hoisting ceremony held in the Mira-Bhayandar Municipal Corporation.

"One fan of Marathi language sent me an audio clip of the event. To my surprise, the entire program was held in Hindi," he said.

Mr Desai also said it was shocking to know that the website of the Maharashtra fire service department is in English.

"The office of the Nagpur police often issues instructions in Hindi to their police personnel. In Vidarbha, Hindi is used more frequently. So we need to see how we can increase the use of Marathi language there," said Mr Desai.

The minister said the "Marathi language officers" will be appointed in every district who will keep a close watch on these complaints and ensure effective use of the Marathi language.

The minister also added that if an official at the district level addresses these complaints, measures can be taken there itself.

Desai pointed at a provision in the amendment of district wise-committees that will keep a close watch on the functioning of the district and will work towards maximum use of Marathi in the administrative works.

"All these amendments have been included in the amendment bill," he added.