Ajit Pawar stunned his family and party when, hours after attending a meeting of the Sena-NCP-Congress front, he showed up on TV screens on Saturday morning being sworn in as deputy to Devendra Fadnavis 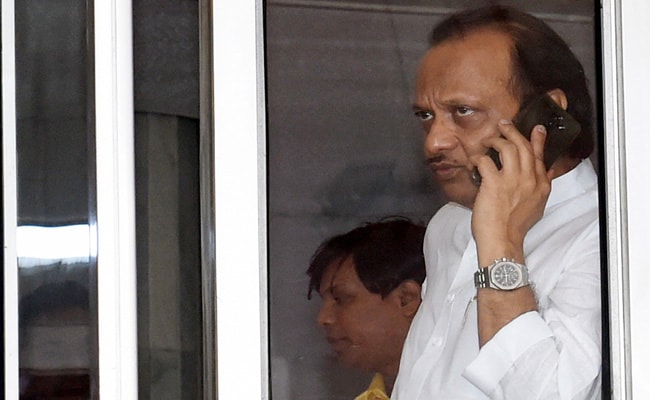 The NCP's Ajit Pawar, whose support of the BJP sparked a controversial and chaotic 80 hours in Maharashtra politics that ended with the BJP's Devendra Fadnavis and Ajit Pawar resigning, as Chief Minister and Deputy Chief Minister, within hours of each other, was welcomed back to the party by his nephew and MLA Rohit Pawar. The Pawar clan will "stand united" he said today after Ajit Pawar made his "ghar wapsi (homecoming)" and was greeted with a warm hug from his cousin, Supriya Sule.

"I could not trust how it (Ajit Pawar's return) happened. As a worker I did not go into details. There was some confusion... I could not understand what was happening," Rohit Pawar, the grandson of party chief Sharad Pawar's older brother Appasaheb Pawar, said.

He also expressed happiness at Tuesday night's meeting between Ajit Pawar and his uncle Sharad Pawar, who has reinforced his reputation as the strongman of Maratha politics by orchestrating the return of his MLAs and, importantly, that of Ajit Pawar too.

This morning Ajit Pawar told NDTV "I am with the NCP" as he walked into the Maharashtra Assembly to take his oath as an MLA.

"I have nothing to say (right now), I will speak at the right time. I said earlier also, I am in the NCP and I will remain in the NCP. There is no reason to create confusion," he said. 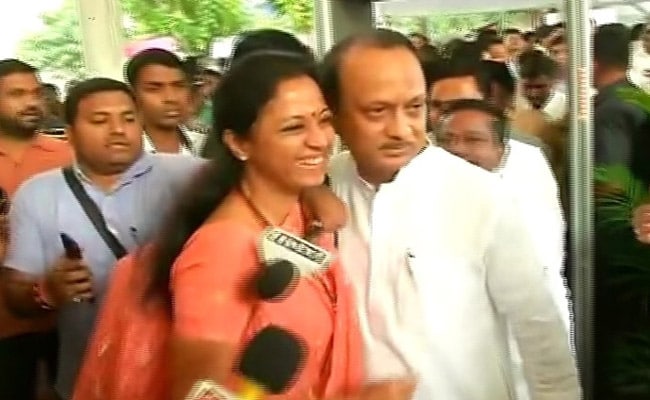 Supriya Sule greeted Ajit Pawar with a smile and a hug

Ajit Pawar, 60, stunned his family and party when, hours after attending a meeting of the Sena-NCP-Congress front, he showed up on TV screens on Saturday morning being sworn in as deputy to Mr Fadnavis. He told reporters his decision to join hands with the BJP was for the sake of a stable government. He had also claimed his party, including Sharad Pawar, was with him.

As Pawar senior vehemently denied he had secretly collaborated with the BJP, the family launched efforts to bring Ajit Pawar back, something Rohit Pawar, who has been elected from the Karjat Jamkhed seat in Ahmednagar district, said they were confident about.

"...we were sure (about his return). We knew Dada well. So, I felt happy as a family member, and also as NCP worker, when he met saheb (Sharad Pawar) yesterday," he said.

Rohit Pawar said Ajit Pawar had been a victim of the BJP's tactic of poaching leaders from other parties. "They tried to use that trick in this case. Dada may have not liked that style and then met saheb," he said.