Tejashwi Yadav said even in Bihar, people rejected BJP but Chief Minister Nitish Kumar was pressurised and same happened in the state. 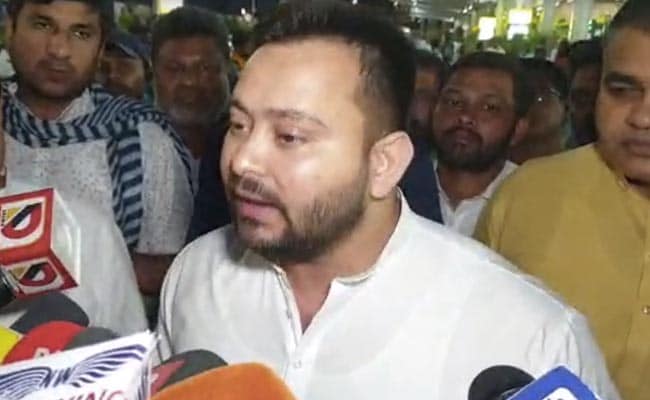 Tejashwi Yadav said whatever is happening in Maharashtra seems pre-planned.

"BJP is destabilising non-BJP state governments by all means. Whatever is happening in Maharashtra seems pre-planned. Either they pressurise, scare or they buy. Even in Bihar, people rejected BJP but Chief Minister Nitish Kumar was pressurised and same happened in the state," RJD leader Tejashwi Yadav said to ANI.

In a jolt to the Maha Vikas Aghadi government in Maharashtra, senior Shiv Sena Minister Eknath Shinde and other rebel MLAs revolted against the party on Monday night and camped in Surat. The rebel MLAs have shifted base to a hotel in Guwahati.

On Friday, in his virtual address to the party's district unit chiefs and 'sampark pramukhs', CM Uddhav Thackeray said "despite the rebellions that the party has faced earlier, it came to power twice. I may have left 'Varsha', the Chief Minister's official residence, but not my determination".

Meanwhile, party MP Sanjay Raut on Thursday said the Sena is ready to quit the MVA government if the group of rebel legislators camping in Assam returns to Mumbai in 24 hours and discusses the issue with Chief Minister Uddhav Thackeray.

"You say you are real Shiv Sainiks and will not quit the party. We are ready to consider your demand provided you come back to Mumbai in 24 hours and discuss the issue with CM Uddhav Thackeray. Your demand will be considered positively. Don't write letters on Twitter and WhatsApp," Mr Raut told reporters.

In a series of tweets posted late Thursday night, Mr Shinde who is camping in Guwahati along with Sena legislators and independents, said as per the 10th Schedule of the Constitution, a party whip is issued for the legislature proceedings and not for attending a meeting.