Kalidas Kolambkar has replaced the Congress signboard outside his office and has put up Maharashtra Chief Minister Devendra Fadnavis portrait there. 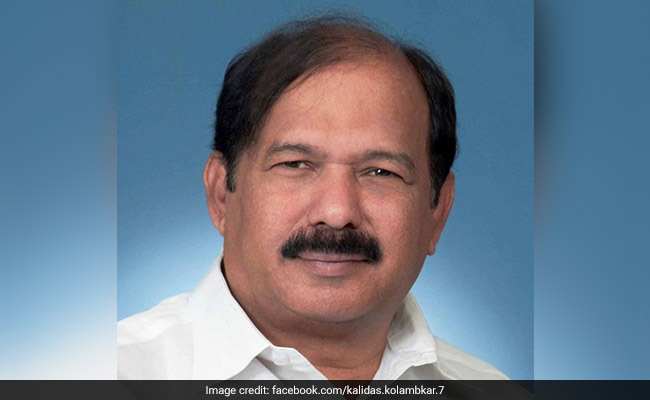 Before joining the Congress, Kalidas Kolambkar was with the Shiv Sena.

Senior Congress leader and seven-time legislator from Maharashtra Kalidas Kolambkar is set to join the BJP.

"I worked in the Congress party for 10 years. But they stopped a lot of development work in my constituency. I support those who work," Mr Kolambkar, legislator from Wadala-Naigaon constituency, told news agency ANI.

He said that two of his demands have been fulfilled by the BJP, but the demand of police housing project in his area is still pending as model code of conduct for Lok Sabha polls has been put in place.

Mr Kolambkar has replaced the Congress signboard outside his office and has put up Maharashtra Chief Minister Devendra Fadnavis portrait there.

"After Devendra Fadnavis took over as Chief Minister, I told him about the work needed to be done in my area and he completed those works. Then, whose photo should I put? Those who work or those who don't," he asked.

Before joining the Congress, Mr Kolambkar was with the Shiv Sena.

Maharashtra Minister and BJP leader Girish Mahajan said that several other leaders are in touch with them.

"Not only him, but several others are also in touch with us. You will come to know about them shortly," Mr Mahajan made the remark soon after Sujay Vikhe Patil joined BJP on Tuesday.

According to a source close to the Chief Minister, Mr Kolambkar will join BJP in a week's time.