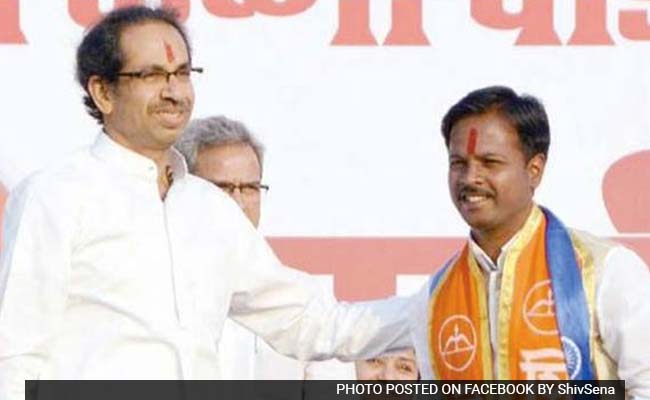 The BJP did not contest the by-poll. Mr Ghoda secured 67,129 votes, while Mr Gavit got 48,181 votes in by-election, necessitated due to the demise of Amit Ghoda's father and sitting Shiv Sena MLA Krishna A Ghoda on May 24 last year, following a heart attack.

The other candidates in the fray were former Sena leader Manisha Nimkar, who contested on the Bahujan Vikas Aghadi (BVA) ticket this time and secured 36,781 votes, Chandrakant Vartha of (CPI-M) who bagged 4,865 votes and Bahujan Mukti Party's Dileep A Dumada got 1,417 votes.

The polling percentage in the bye-election came down, as in the 2014 Assembly elections it stood at 68.8 per cent.

Krishna Ghoda had won the seat on Shiv Sena ticket in October 2014, defeating Mr Gavit (Congress) by a margin of just 526 votes.

Mr Gavit had later challenged the election result in court. However, in the intervening period, Mr Ghoda passed away, which necessitated the by-election.

Krishna Ghoda had joined the Sena prior to the Assembly elections in 2014.

Before that, he was twice MLA from Congress and once represented the NCP. He had lost the 2009 Assembly election.