Leader of Opposition in the Maharashtra Legislative Council Dhananjay Munde alleged that seeking loan from temples is indicative of "fiscal bankruptcy" of the state government. 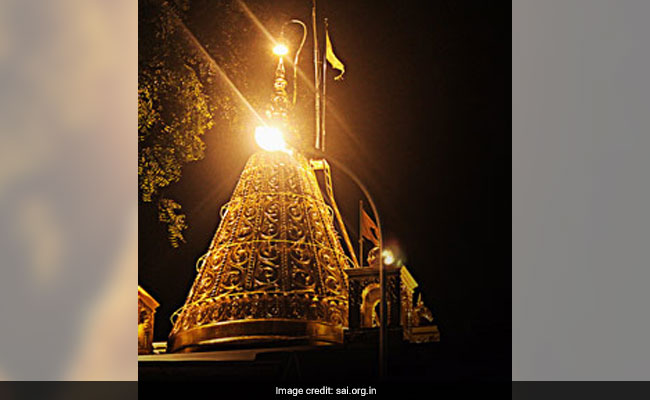 Government's move to seek Rs 500 crore loan from the SSST is unfortunate, NCP

The NCP has accused the BJP-led Maharashtra government of "meddling" into the affairs of temples, days after the state administration inked an MoU seeking a Rs 500 crore "interest free" loan from Shri Saibaba Sansthan Trust (SSST) for constructing a dam canal network.

The Leader of Opposition in the Maharashtra Legislative Council Dhananjay Munde also alleged that seeking loan from temples is indicative of "fiscal bankruptcy" of the state government.

"The government's move to seek Rs 500 crore loan from the SSST is unfortunate because the government claims to have ample of funds for the Sammruddhi corridor and Bullet Train projects," the Nationalist Congress Party leader told PTI Friday.

Recently, a Memorandum of Understanding (MoU) was signed between the SSST and the Godawari-Marathwada Irrigation Development Corporation (GMIDC) for the Rs 500 crore credit.

Nilwande dam is located on the Pravara River and is expected to benefit 182 villages in Sangamner, Akole, Rahata, Rahuri and Kopargaon talukas in Ahmednagar district and Sinnar in Nashik.

Munde also claimed the state government had already utilised SSST funds worth Rs 700 crore, which is a donation given by devotees of Saibaba, for various works.

"Instead of utilising the funds for providing various facilities for devotees, the government is using them for dam-related works while it is sending notices for payment of Income Tax to SSST," he said.

According to Munde, the government seeking a loan of Rs 500 crore from a shrine is "indicative of fiscal bankruptcy".

Munde claimed that funds worth Rs 28,000 crore, which are meant to be used for irrigation, are currently lying idle with the state government.

He alleged the prime minister and the chief minister are "looting" funds of temples.

Munde also alleged that Prime Minister Narendra Modi and Maharashtra Chief Minister Devendra Fadnavis have "failed" to keep their assurance of granting Rs 3200 crore for the development of Saibaba temple and Shirdi town.

"The PM had promised a miracle after imposition of goods and service tax (GST) but nothing happened," he said, adding that a government is supposed to ensure that a temple is run smoothly and not to intervene into its affairs.

Munde also alleged that the government has been violating rules regarding appointment of trustees for the Saibaba shrine.