Tripura will have its first integrated terminal building of Maharaja Bir Bikram (MBB) showcasing the rich cultural heritage of the state. 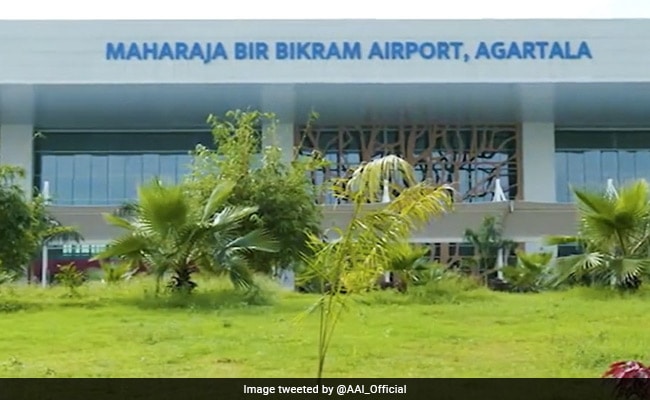 Tripura will have its first integrated terminal building of MBB showcasing the rich cultural heritage of the state.

According to the Airport Authority of India, the airport terminal has been built at a cost of about Rs 450 crores and is expected to be capable of handling around four to five times more passengers than the existing one - which reportedly can manage only 500 passengers at a time.

The new airport terminal building in Tripura comes as a part of the Airport Authority of India (AAI)'s initiative to develop modern, state-of-the-art airports across the North-East to contribute to the overall development of the region.

The new Tripura airport terminal includes as many as 20 check-in counters, 10 immigration counters, aprons for six aircraft parking bays, five custom counters, four-passenger boarding bridges, and one hangar. In line with the Cochin International Airport, the airport terminal building in Tripura shall also include a solar power unit capable of handling most of its power requirements.

Spread over 30,000 square meters, the new state-of-art terminal building is equipped with modern facilities and supported by the latest information technology (IT) network-integrated system.