Sandeep Pandey was produced in the District Magistrate's court before being released on bail.

Sandeep Pandey, who is a vocal critic of the citizenship law, was later released on bail.

A Magsaysay Award-winning social activist was arrested by the Lucknow police on Monday, while he was about to take out a protest march against the Citizenship Amendment Act and the National Register of Citizens in the Uttar Pradesh capital. The activist, Sandeep Pandey, was released on bail after being produced in the District Magistrate's court.

Police said a case under Section 151 of the Indian Penal Code -- which pertains to violating prohibitory orders -- was filed against him at the Thakurganj police station.

Cellphone footage of the incident from earlier in the day showed a group of police personnel surrounding the activist, a vocal critic of the amended citizenship law, before urging him and nine others into a police vehicle. Sandeep Pandey was picked up from the Lucknow Clock Tower, which has witnessed many protests against the Citizenship Amendment Act over the last two months. 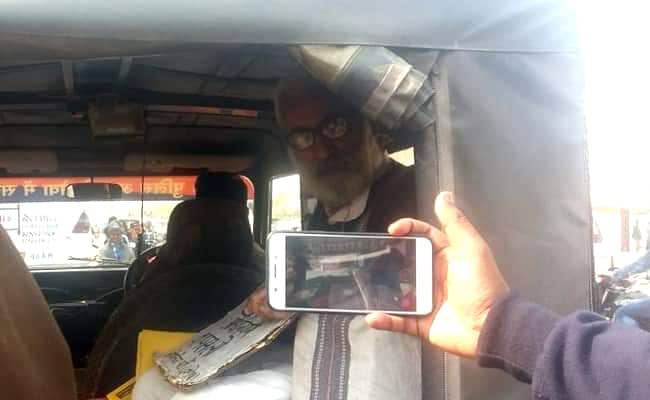 Sandeep Pandey was picked up from the Clock Tower in Lucknow.

According to a complaint filed by Hindu Mahasabha national vice-president Rajiv Kumar, the activist had passed the comments while addressing anti-citizenship law protesters at the Aligarh Muslim University on January 19. He also allegedly claimed that the same people who had tried to "divide Hindus and Muslims" during the British Raj were trying to do it again.

A first information report was filed against Sandeep Pandey under sections 153 A (provocation with intent to cause riots) and 505 (1)b (inciting public or community to commit an offence) back then.

Sandeep Pandey, an alumnus of the Banaras Hindu University and the University of Californa, Bekeley, had won the Ramon Magsaysay award in the emergent leadership category in 2002.